It didn’t take much. Just a image of an pretty blue and white bowl containing some soup and some noodles and a couple of slices of pink duck breast. Pants were pissed in excitement. Cries of RAMEN! like a beaten Rocky Balboa were heard around the city by people whose only reference point is the Bullring branch of Wagamama. Lucky Duck was coming, bringing bowls and buns. We got very excited. And then the opening weekend happened, chock-a-block with people genuinely excited by the prospect of bao and ramen hitting our city with gusto. The initial feedback wasn’t great; it’s not right the forthright people said. It’s awful said the expert who has never had the bollocks to put his money where his insidious mouth is. Concerned looks were everywhere. Lucky Duck has gone from flight to fallen in the space of three weeks.

I went for that duck last night. I sat in the well-lit room on the wooden chairs in the window seat. I used the ornate chopsticks to work the noodles out of the soup and into my massive gob. I quite enjoyed it, the breast meat a virginal pink, the soup with good flavour, a perfect soft boiled egg, and accurate seasoning. The best bits were the jewels of brown meat hidden at the base like sunken treasure. It could be better though, some optional seasoning like bottles of soy and chilli oil, maybe a flurry of herbs, or some Nori flotsam. Little bits of make-up to turn it from bit-part to Oscar winner.

Make-up isn’t going to save those buns, they need a complete re-haul of design. We try one of each, and the positives are in the cooking of the main ingredient. Pork belly braised until the fat turns ivory jelly and cod with brittle batter – just like the duck it is obvious the man knows how to handle protein. But the bao is too dense and the fillings not good enough. The pork belly comes with nothing but a smear of apple sauce, the cod just mayo and a few sorry slices of cucumber. It needs more; crushed peanuts, a mooli salad, some chilli sauce, a squeeze of lime, or herbs. Just about anything to give it character. The eureka moment comes when we order one more and ask them to do the pork belly with the accompaniments of the aubergine. The addition of peanut and chilli gives it life. It deserves this more than apple sauce. 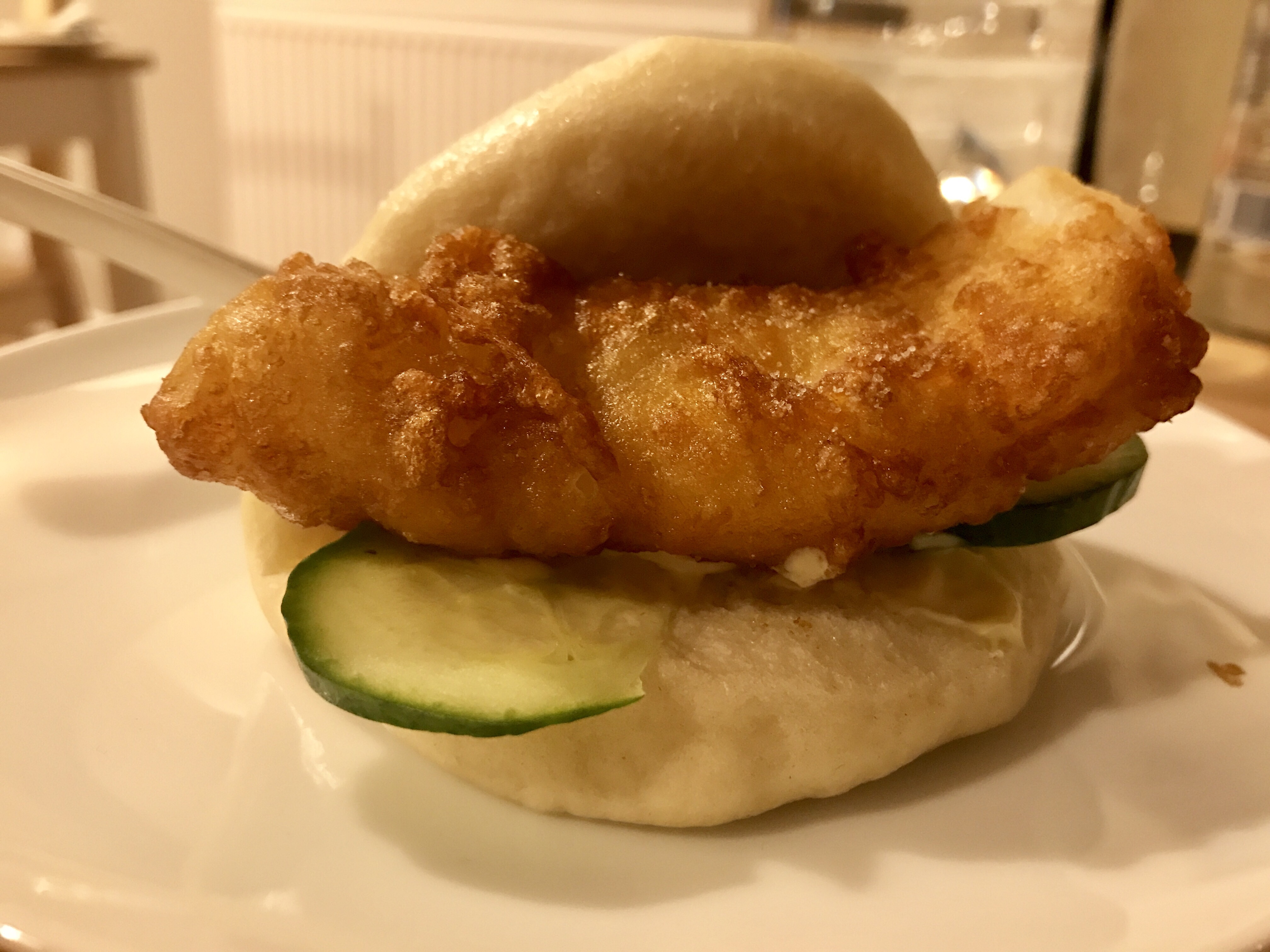 Dessert is roast pineapple, pecans and coconut cream that could have been my breakfast, though it serves a purpose of providing a fresh way to finish up. The bill for all this is £33, a small enough sum to try them again soon. And I will; despite this meal being too average to recommend to anyone, I believe that they could eventually be on to something here. Everything is fixable, nothing terminal. The issue is that the hysteria the concept has caused means that they have an entire city expecting them to run whilst they are still taking baby steps, and that needs to change. The improvements need to come quick if they are going to fulfil the potential. A rethink of those bun fillings seem an obvious place to start.