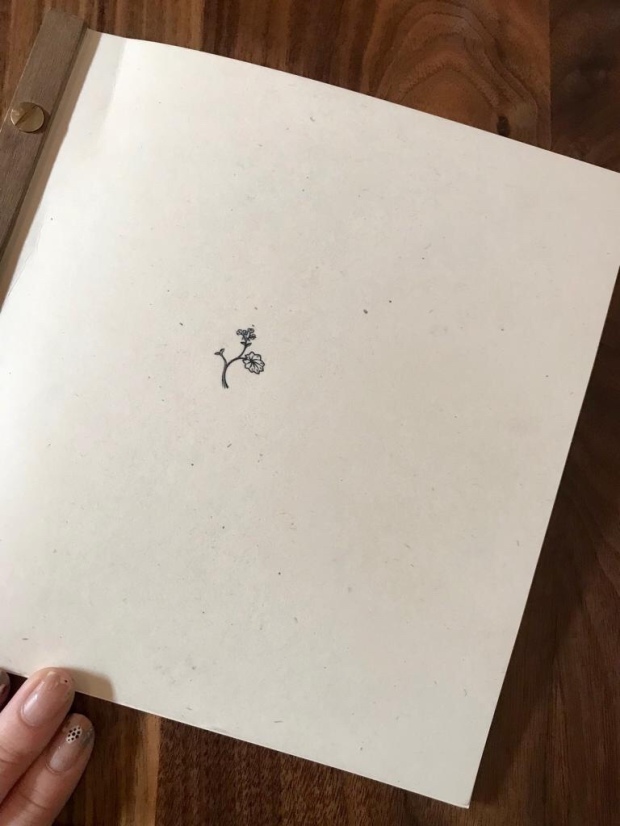 It took roughly an hour before I fell for Alchemilla. It’s not to say I didn’t like it before; I was already romanced by the vaulted bare brick décor, that initial view into the open kitchen from the front door, the sunlight pouring through the occasional squares of glass in the ceiling, and the most charming of sommeliers, but it was a teeny wedge of celeriac which sent me over the edge. The root vegetable had been poached in goat’s butter and covered in a chiffon of herbs that added a fresh layer of mostly anise notes. A smaller blob of black garlic and a larger one of goat’s curd joined them on a plate finished off with a beurre noisette sauce cut with aged balsamic. We were waiting for the fireworks moment and this was it, a dish full of confidence that could stand up against any containing meat. The star was the celeriac, the rest was designed to get the most out of it, bringing fat, umami, and acidity into the mix. Claire tells me that when I compile an end of year list of the best dishes I’ve eaten this will be on it. I will do as I am told. 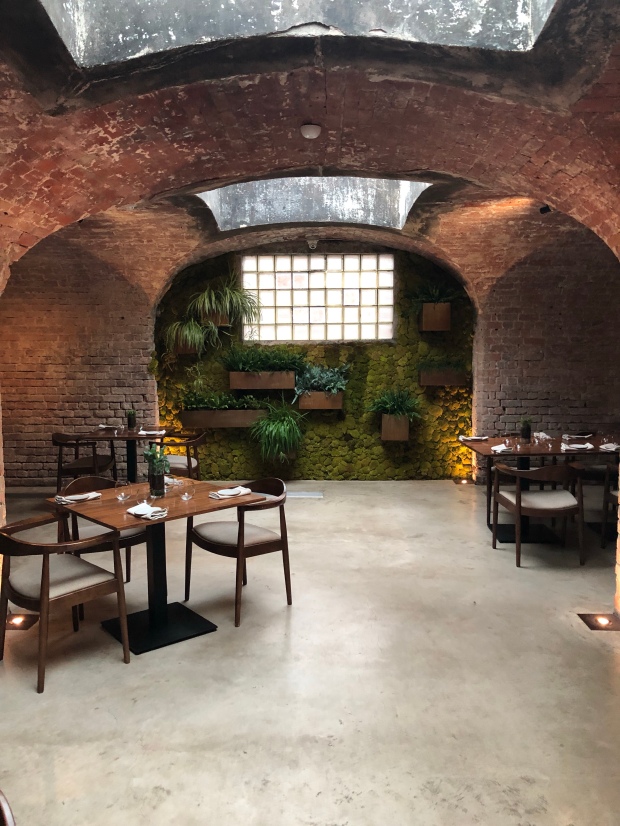 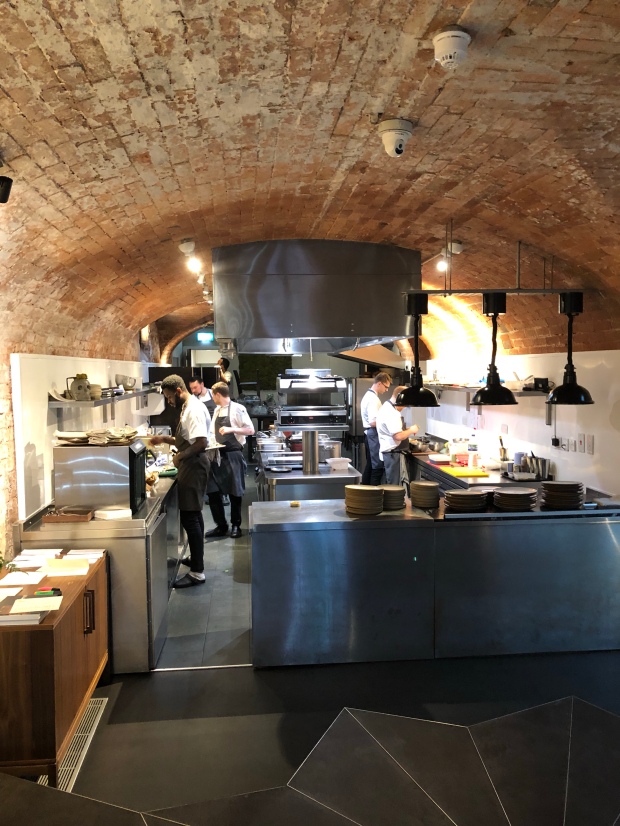 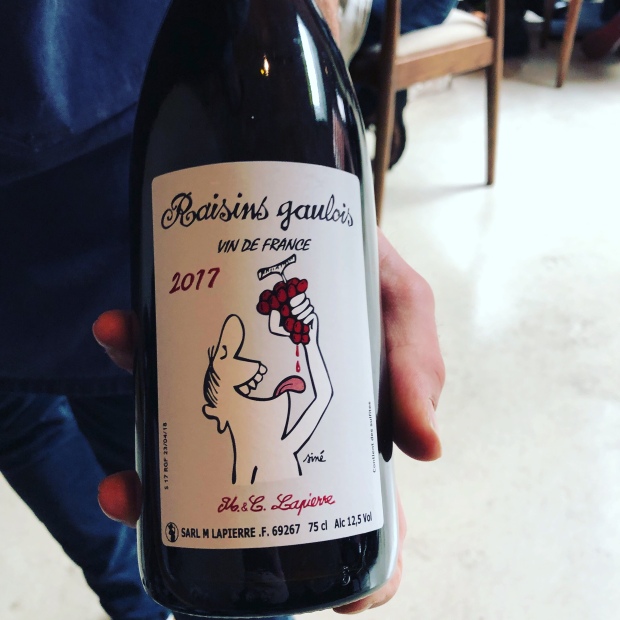 An hour previous we had entered through the heavy door with the pretty green foliage on Derby Rd, walked down those aforementioned steps past the kitchen, and through to our table under the arched brick walls of the old coachhouse. We start with a nest of potato string dotted with smoked cods roe and dill, move on to delicate tartlets of yeasted cauliflower puree with duckfat, and finish the nibbles with seaweed tapioca crackers, mushroom caramel and a healthy dusting of aged parmasen. Of those it was the tartlet that got the pulse racing, a rich number with distinct flavours. Before the ten courses start bread arrives with butter and an onion jam. That jam. Reason enough to book train tickets to Nottingham by itself, all bread should be served with this. 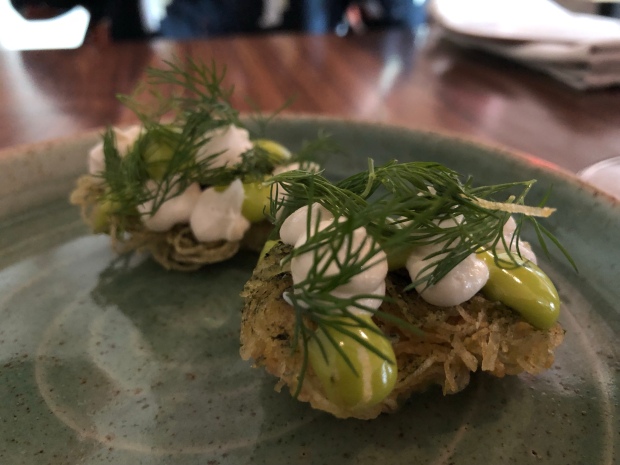 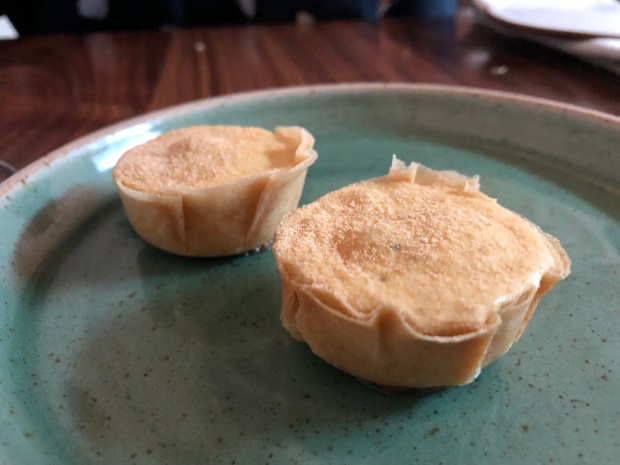 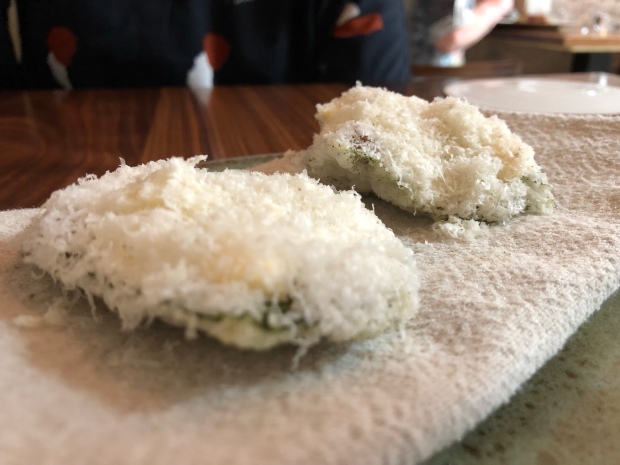 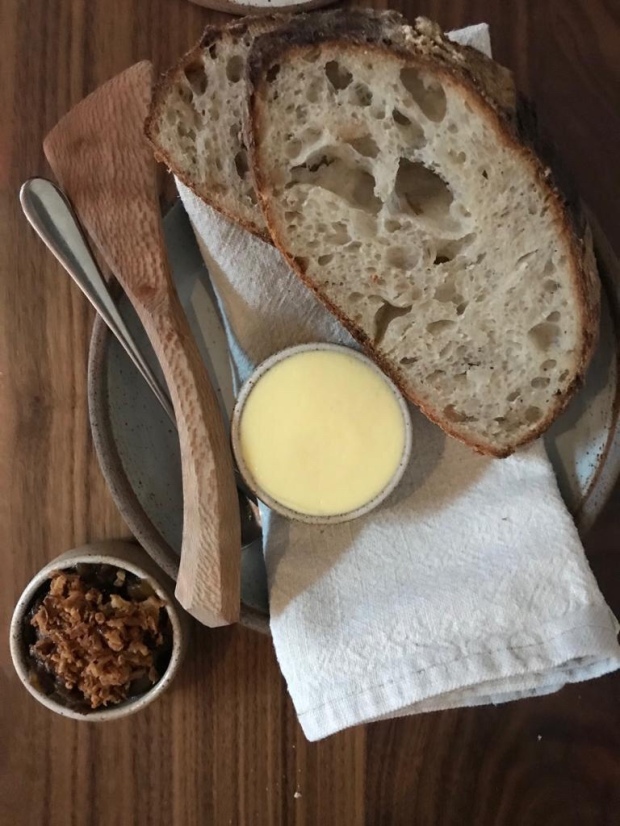 A savoury egg custard might not seem the obvious base for crab and artichoke, but it works, slowly revealing itself to be a complex plate of food far more harmonious than it originally seemed. I just wish I’d have left some bread to mop up the last of the roast artichoke sauce. Shiitake mushrooms poached in teriyaki sauce had a slightly squidgy texture that I personally struggled with, though Claire loved it, using the lardo it was draped in to wipe the plate free of the umami-bomb that was the ‘tasty paste’. The celeriac course follows. How I loved that celeriac. 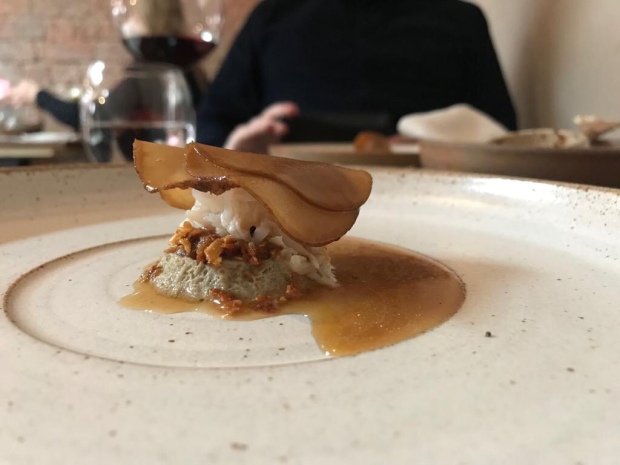 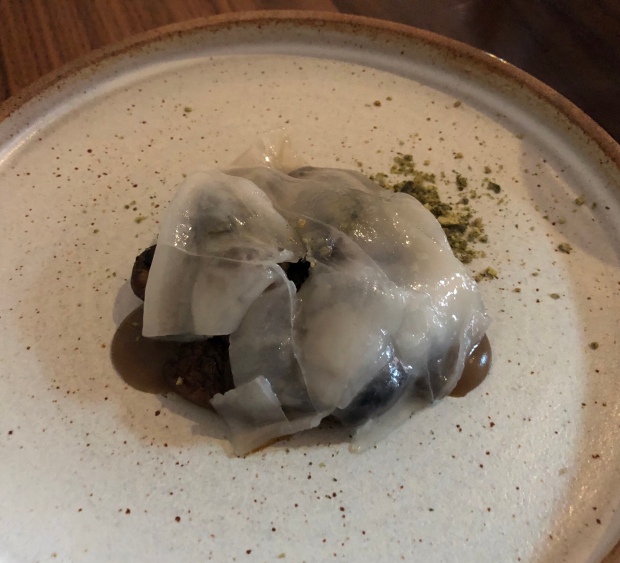 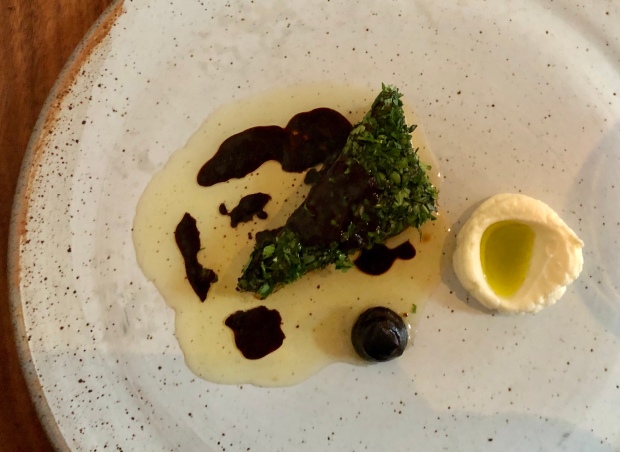 We move on to a loose risotto of grains with 3 year old parmasen, served alongside some fried jerasulam artichoke skin dusted with the rarest of things; truffle that tastes of truffle. “This is the first risotto I’ve tried which is richer than yours”, Claire tells me. She’s right; it’s glorious. Top marks for them for taking me to top-level cholesterol. The next course felt a little like work in progress. The gratin wedge of potato, smoked eel, and horseradish is superb but it is beaten by too much of the salted lemon puree on offer. By the time we work out the correct ratio (the tiniest amount) it is too late. Shortrib of beef has no such issue, dressed in a deep mole sauce, nutty and gently spicy like my mate’s ex wife, it arrives at the table shrouded in burnt baby gem lettuce dressed in something sharp, slightly sweet, and a little hot. Just like my mate’s new wife. It’s a great bit of cooking. 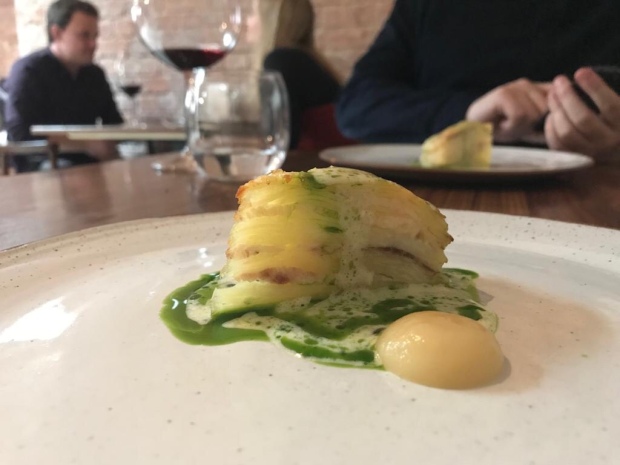 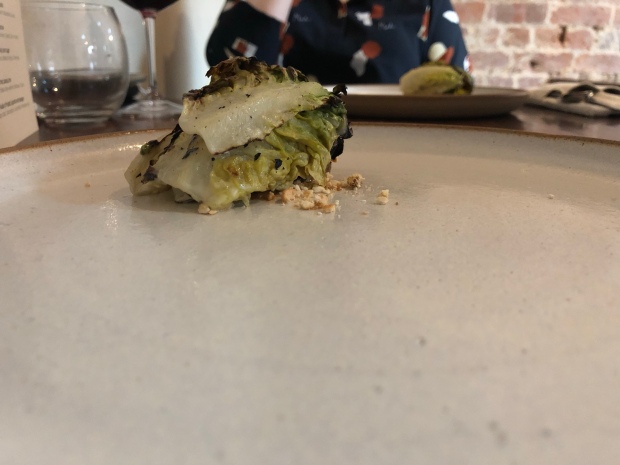 The only choices required today are the wine (which I do exceptionally well) and main courses, which we take one each of. On paper it is the hogget that looks most enticing, with bagna cauda, charred leeks, and blackened onion. The loin of hogget is packed with flavour, as is the breaded shoulder, though I don’t see the point in the thumbnail-sized piece of fillet. I like the garlic and anchovy emulsion, love the leeks and onion. Adore the sauce. It’s a very good plate of food. It’s just not as good as the venison. Some dishes make perfect sense on the plate and this was one of them: melt-in-the-mouth meat, mushrooms in various formats and strengths, balanced out by the resinous flavour of spruce, pear, and another killer sauce. The man can cook. He can really cook. 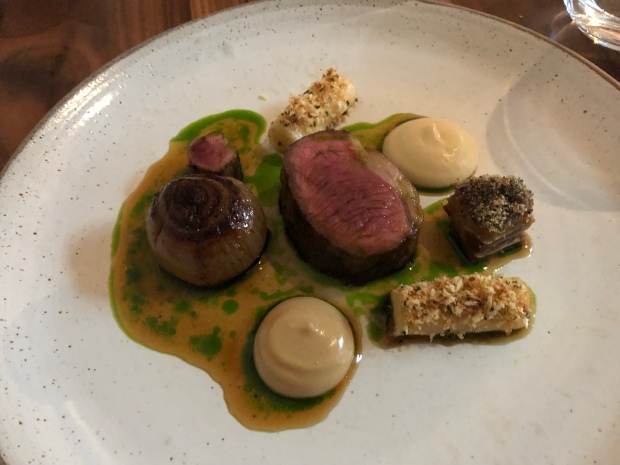 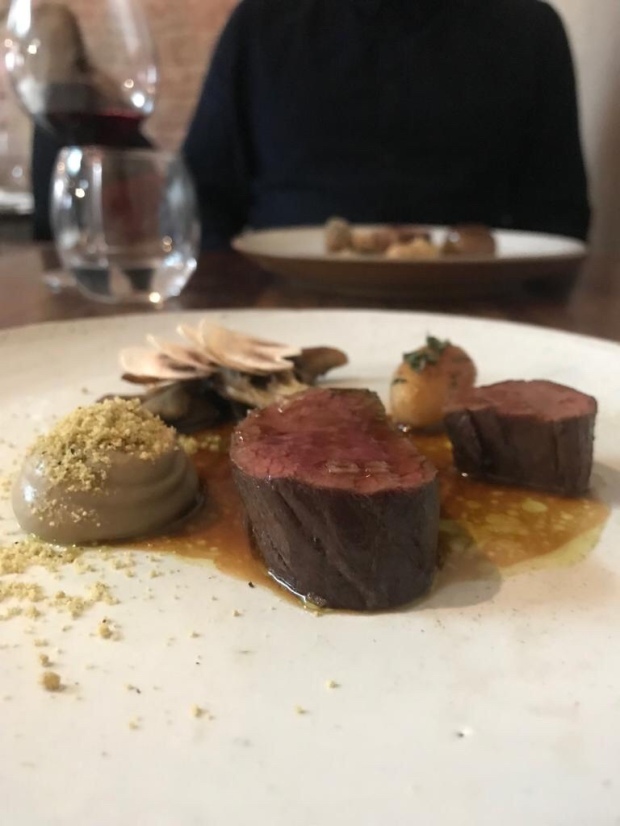 I lost track of a yoghurt thing on a stick with orange because I was too engrossed with a triangle of orange it was served with that was slightly candied and had an unreal depth of flavour. I request more to come at the end of the meal. Three desserts to go. First a drift of something crunchy covering a mound of something soft, with toasty notes and apple notes, and sweet caramelised notes. It echoed eating a toffee apple on bonfire night: I was a massive fan. Then a white and dark chocolate layered dessert that was rich and decadent and not really my kind of thing. And then a dessert that really was my kind of thing; a mille-fuille which was really 982 layers short of accurate representation, loaded with rhubarb, tarragon, and a liquorice flavoured creme patisserie. I won’t eat a braver dessert all year, that much I am certain of. I am also confident I won’t eat any much better; lovely aniseed notes and bright acidity throughout. 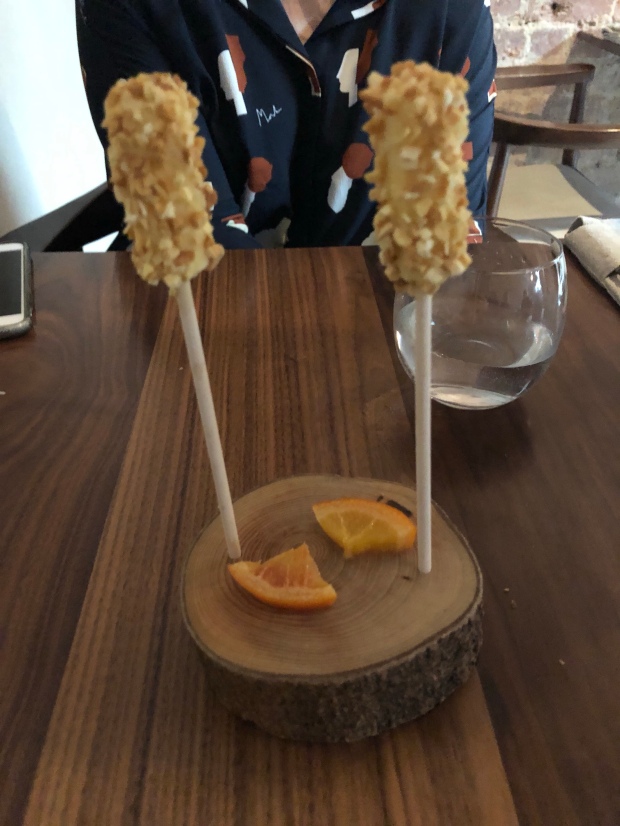 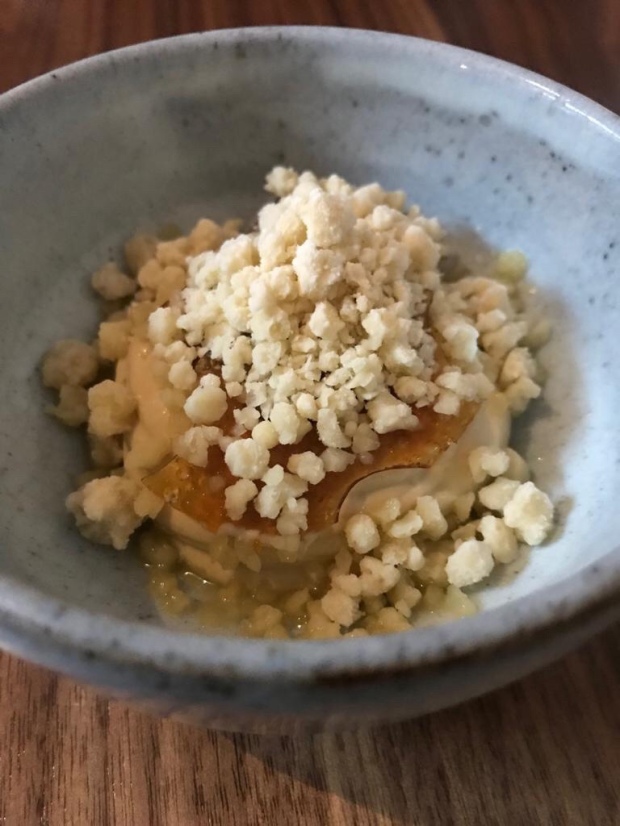 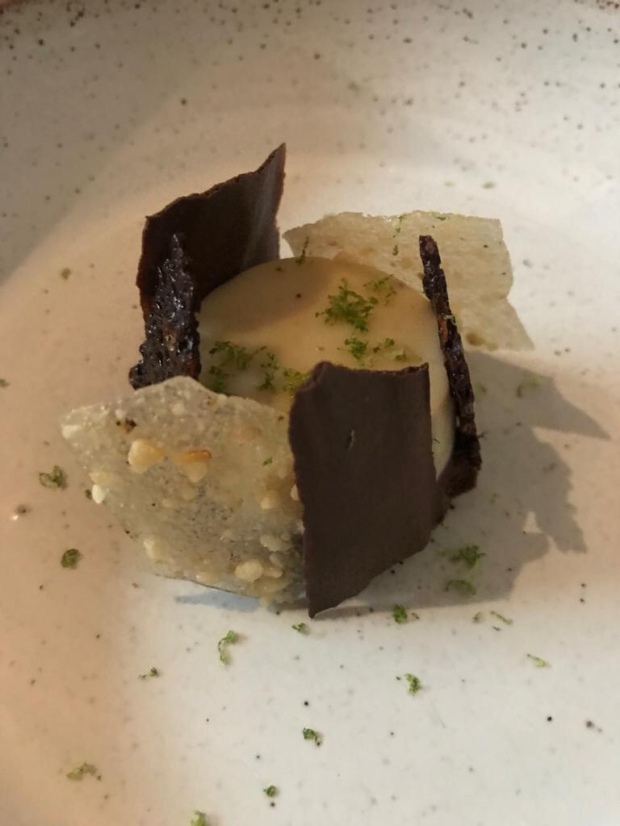 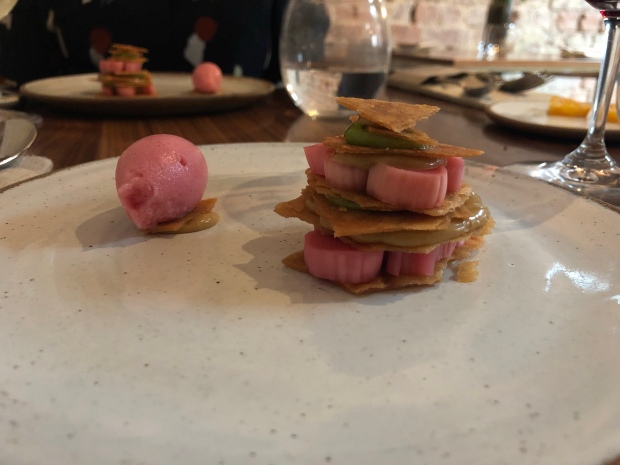 Before I wrap this up special praise must go to the front of house, which was some of the best I can recall. Smart, friendly service from a team who knew every dish inside-out, and a sommelier who guided us through an impeccably put together list. Now all of this doesn’t come cheap; ten courses each that ended up being fourteen, a bottle of wine, another glass of red, and two dessert wines clocked in at £273. Was everything to my taste? No, but this is innovative cooking with some risky combinations, and I’d personally rather be challenged over three hours than sleepwalk through the same-old-same-old. It doesn’t to me seem the kind of place to sit still and for that it’s a restaurant I’ll be keeping a firm eye on. 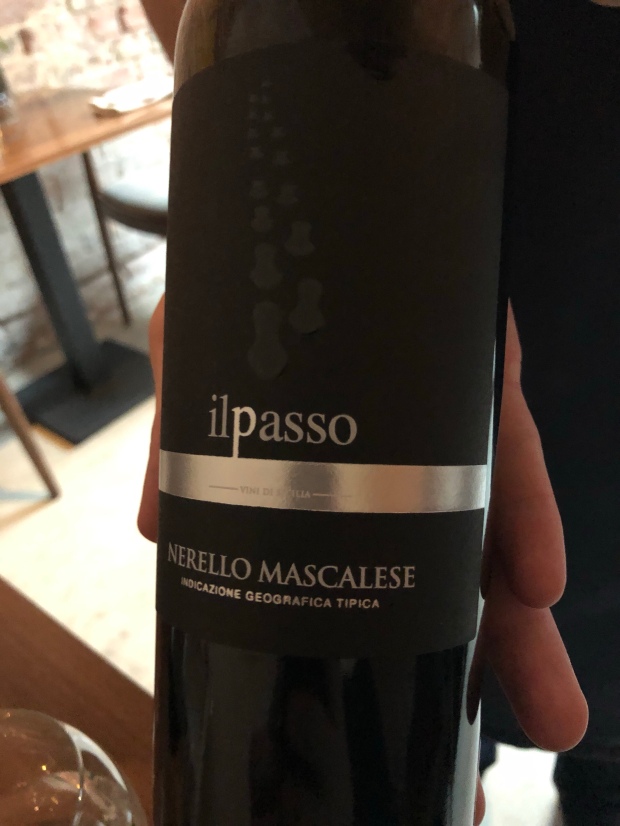 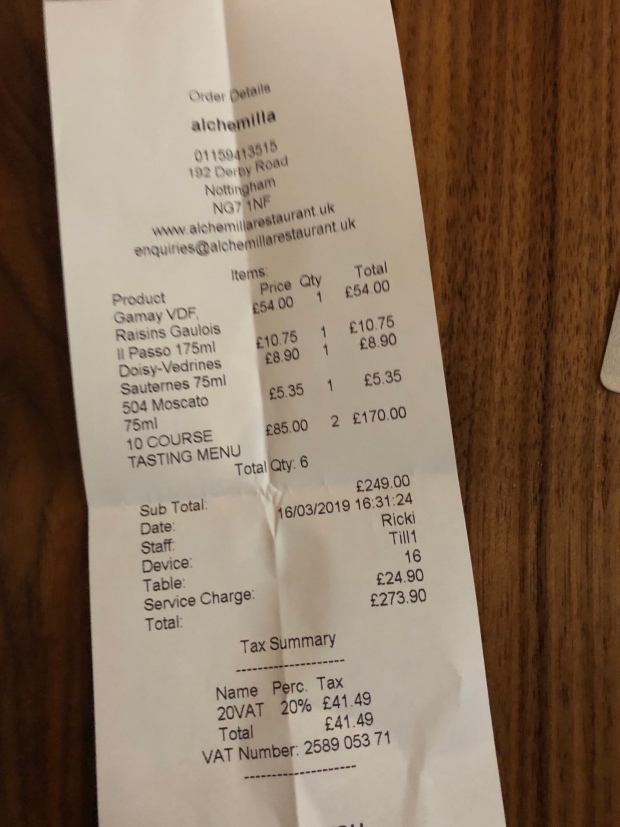 After lunch we enjoyed beers and gin in the rather wonderful Hop Merchant, before moving on to Cottonmouth for some outstanding cocktails. We got back far later than planned, enjoying the best of a city that has much more going for it than Hooters. It’s buzzy and progressive, with an underlying friendliness you don’t find too often elsewhere. And nowhere embodies those principles quite like Alchemilla.