There is a very serious conversation to be had about the future of hospitality. I know you haven’t come here for serious conversations – I haven’t either – but it needs to be said, so you’ll be quiet and listen whilst I talk. The landscape has evolved, though nobody seems sure to what extent, given that the government changes its mind more frequently than Boris changes partners. You may have noticed that your favourite restaurant or bar has yet to open, and if they have it resembles nothing like it used to. One way routes like it’s the canteen at IKEA lead to santitiser stations and tables with paper menus and staff in ice hockey masks. Sheets of Perspex divide tables and eating out divides opinion. Is it safe? We used to cough to hide a fart; now we fart to hide a cough. It’s been that kind of year.

What we do know is that rents still need to be paid. The ‘Rishi for 2024 PM’ juggernaut has covered employee wages to a certain extent yet has done nothing to stop the landlords raking it in when the soil is arid. Businesses are left with little choice but to operate with reduced captivity and increased scrutiny, or close. Except there is another option. One that involves closing the bricks and mortar and switching to a street food model that puts the customer in an open air setting which has significantly lower transmission risk and allows a greater flexibility of getting out to the people as opposed to the people getting to them. For years those in the know have said that street food is the future: right now it feels vital to the industry. 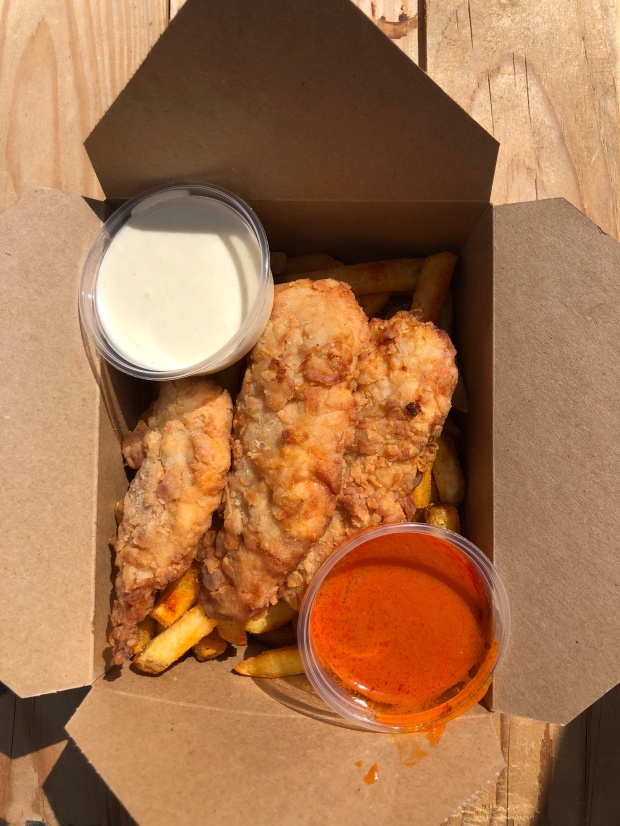 Digbeth Dining Club know this. They also know that space is a huge factor in successful distancing, hence why the original site is presently sidelined whilst they work on bringing food to Warwick, Longbridge and Coventry, perhaps the most beautiful of them all. I’ve never been to the cathedral before, its morbid ruins a reminder of the devastation of WWII with an altar still in place and the windowless arches in its stone skeleton. It’s beautiful. The shadows cast under this bright Sunday afternoon stretching out across the tables which sit where pews once were. Hitler was an awful man who did awful things, but it appears he was great at providing excellent al fresco locations in the sunshine.

And what an afternoon. A stellar line-up for an interstellar location. We can’t choose between the traders so aim for one each, and fail admirably after just three dishes. First fried chicken and chips from Yardbird whose operation has got better and better over the last twelve months. Chicken strips that have likely been given the flour-egg-flour treatment for a crunchy salty hit of batter, with a buffalo sauce that’s the right blend of vinegar and chilli, and chips dusted in Cajun spice. It’s a bloody good start. 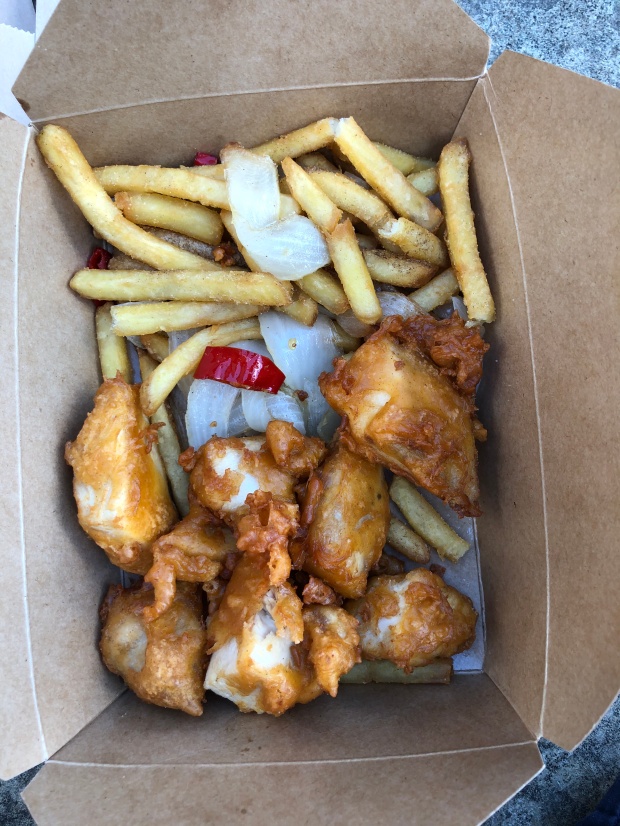 Then over to Dicks Smokehouse where I annoyingly go off-piste and ask for a side of nachos topped with both the beef and pork (I told you it was annoying). Soft, slightly yielding and smokey meat, crunchy nachos. Back of the net. Then to Dim Sum Su for battered chunks of chicken with salt and pepper chips and a curry sauce that has me begging for the recipe. Then even better, a huge bao of panko breadcrumbed portobello mushroom from the same trader, that’s meaty and dense, with further interest from the rock sugar, chilli, and spring onion which adorns it. We abandon any hopes of eating from Buddha Belly or getting the Bournville Waffle we intended to finish on.

Sessions are capped to roughly 300 people each time, and everyone has their own table in which to enjoy their time. It’s rather perfect, so much so if I were unable to open my restaurant yet I’d be on the phone begging for a spot at further dates. None of us have any idea what the future is going to be like, but we do know that outdoors is better than indoors, and that’s where DDC do what they do best. I’m paying Warwick a visit next. I’ve got a summer to enjoy.