To write about Fazenda post apocalypse feels like writing about a new restaurant, more so than anywhere that I would consider visiting for pleasure. I’m not going to overlook the struggles that all restaurants have faced in the last eight weeks to reopen, but I’m specifically referring to the model that this business previously ran on. This is a place that pre-COVID involved having the whole cuts of animal carved at the table, whilst the gaps in between were filled with trips to a vast salad bar; the latter simply not possible at present, whilst the former has its own issues. When the government closed restaurants part of me feared that we’d never see Fazenda again. 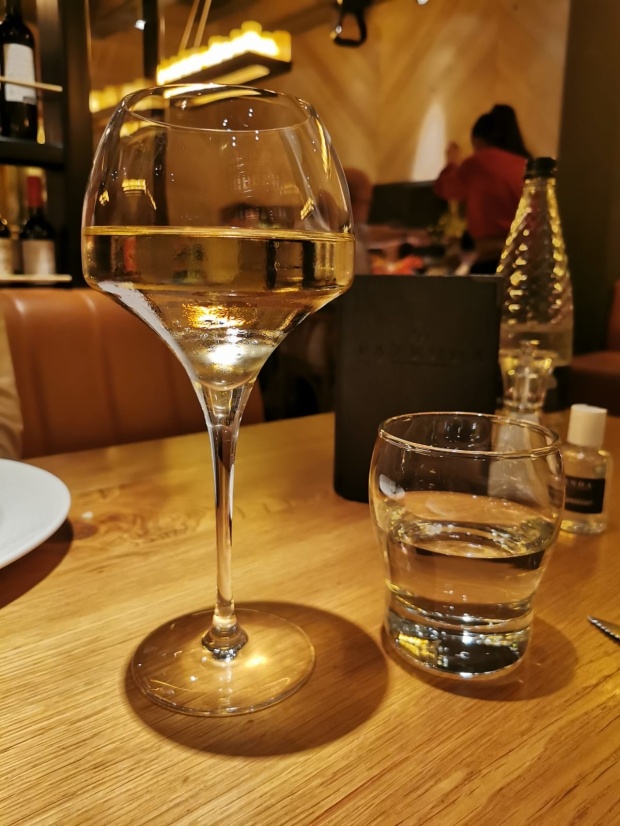 They are back and it’s clear that they’ve considered the right way of going about things before they did. They’ve dropped a lot of covers – 50 or so – meaning that tables are well spaced and mostly behind screens, and whilst the meat is still carved, it is done from a safe distance with individual prongs to collect it as flops from the skewer. The biggest change is with sides and the wine, now accessed via a link and ordered from phone to table by a dedicated server. 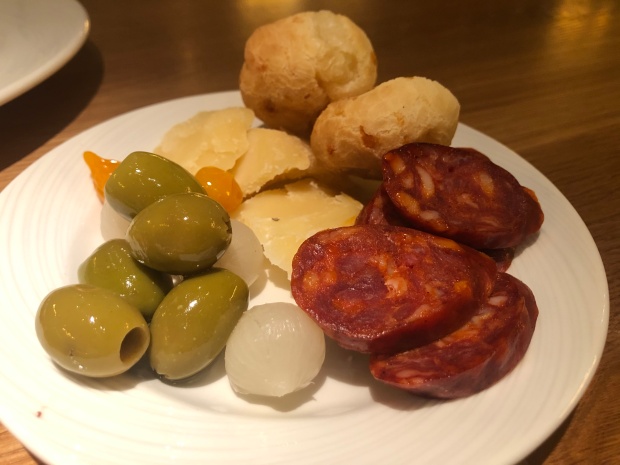 I think I preferred the new way. I think. Certainly not the face masks and the distance, but the side plates that are now cooked to order and have improved. After the opening board of cured meats, cheeses, and other bits, we get mushrooms pan fried in lots of garlic and a little cream that benefit from fresh preparation, as do fries straight out of the fryer dusted in parmesan and a little slush of truffle oil. We both love the dinky balls of mozzarella and tomato dressed in the spiky green of chimichurri, and the red peppers roasted until the skin blackens and makes the flesh sweet throughout. Perhaps the Brazilian black bean stew isn’t quite as deep a flavour as I remember, but that’s okay because now we have a purée of sweet potato so soft it could be baby food. That purée is given bags of character with feta and mint, crunch from sweet potato crisps, and would be ordered again later in the night.

I’m well aware that very few customers book Fazenda off the back of the side dishes (RIP salad bar 2018-2020). Its draw for most is the meat, and so it should be. Over the two or so hours we eat long slivers of rare beef sirloin and rump that glisten a ruby haze when cut, and generous chunks of fillet cooked almost blue. Lamb cutlets are smokey, tender bites whilst Brazil’s favourite cut of beef, picanha (rump cap is as close as you’ll get here) is cooked with absolute precision. Indeed all the meat is nailed-on for accuracy tonight. I’ll be nitpicking if I told you that the sausage was way too salty, which it was, but fine for pointing out that the gammon was correctly high in salt. Pork collar with honey was all kinds of excellent. 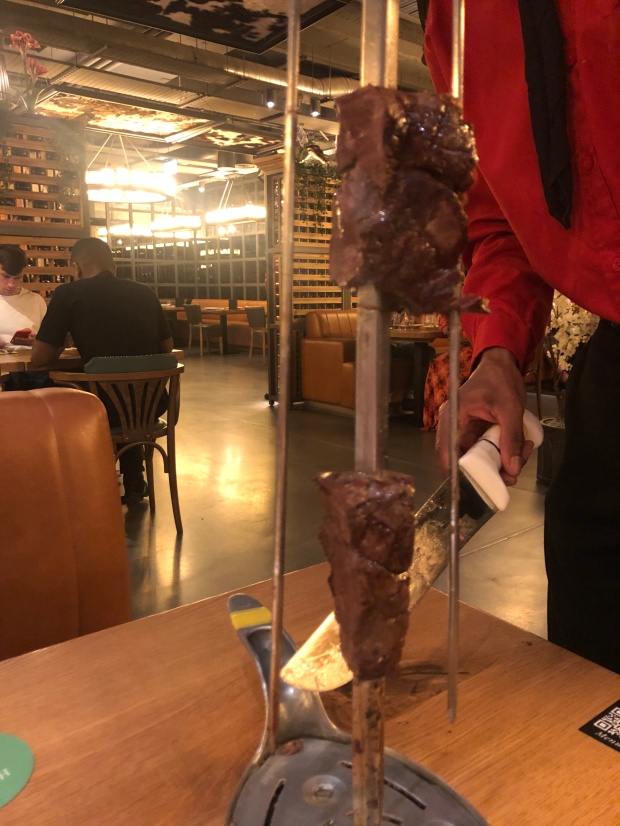 Front of house was flawless from start to finish, and I’ll fight anyone who tells me that there is a better place to drink the wines of South America in Brum than here. The price of £34.50 per person in the evening can quickly spiral when desserts and booze are factored in, but this is money well spent. We leave the restaurant and head to the hotel over the road for an extended night cap. In a world where every movement is restricted I’m pleased we are able to still have these experiences. Fazenda, it’s great to have you back.