The menu at Chakana is full of ingredients I am unfamiliar with. I’d heard of yucca because that’s what they eat on Shipwrecked to not die, and Andean Kiwacha, though I thought he played for Arsenal. Huacatay? Bless you. And something called Tiger Milk which I was pleased to hear is not from a predator’s teat. It’s a lot to take in and many questions are asked. Peruvian food simply isn’t well known north of London. Sure, we have ceviche made by chefs who think that a bit of lime juice on some raw fish will do it, but nothing like Lima which became the first (and only) starred Peruvian in the UK six years ago. Until now. 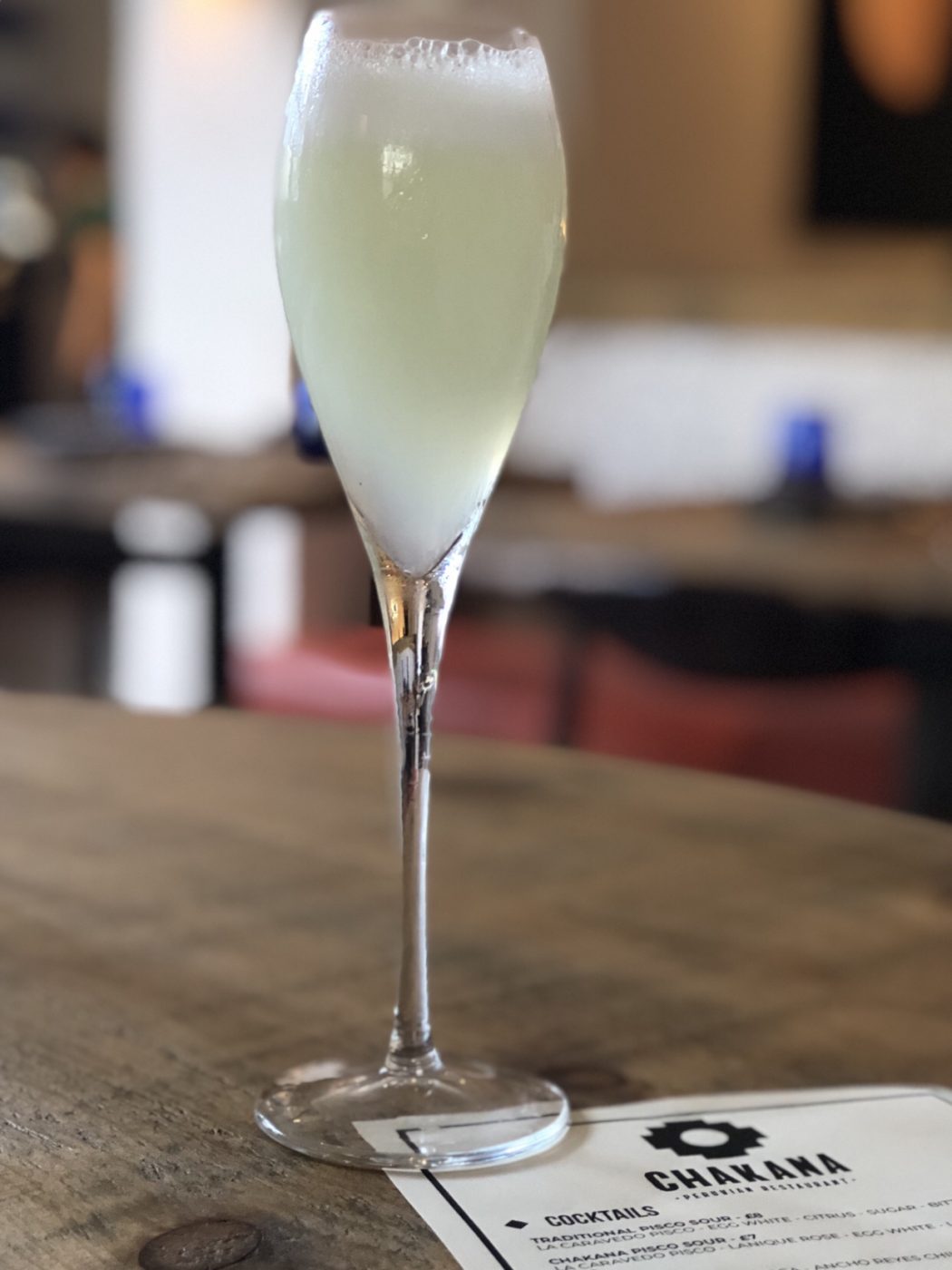 The chef who won over Michelin in 2013 has a new home, swapping bohemian and artsy Soho for bohemian and artsy Moseley. Robert Ortiz, if our brief encounter is to be believed, is here six days a week, working hard in the kitchen whilst the who’s who of the Birmingham hospitality scene handle front-of-house. The interior matches the tone of the food; it’s bright, and eclectic. The heavy textures of the white walls offset are by bright blues; it’s tasteful and very handsome. 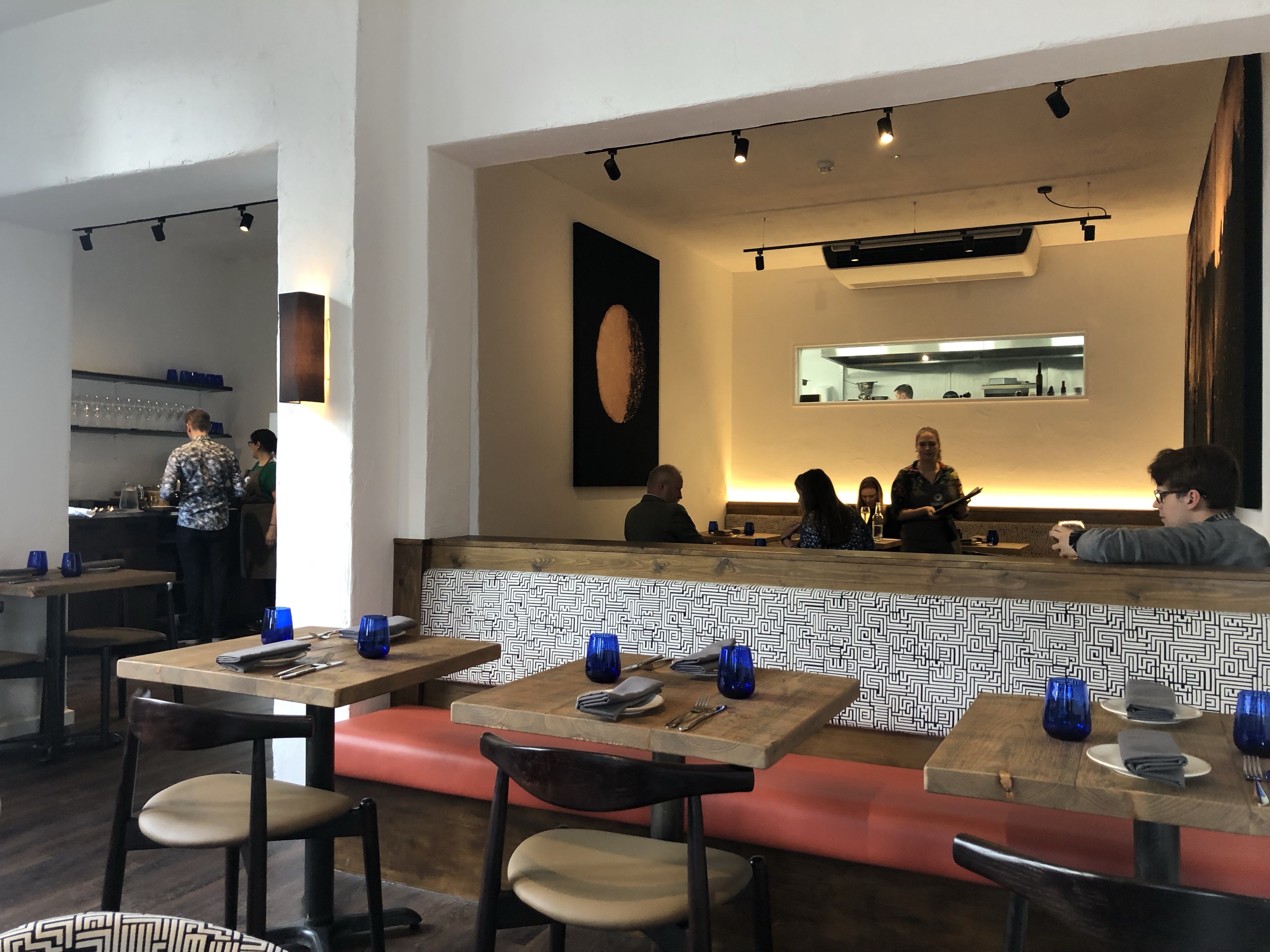 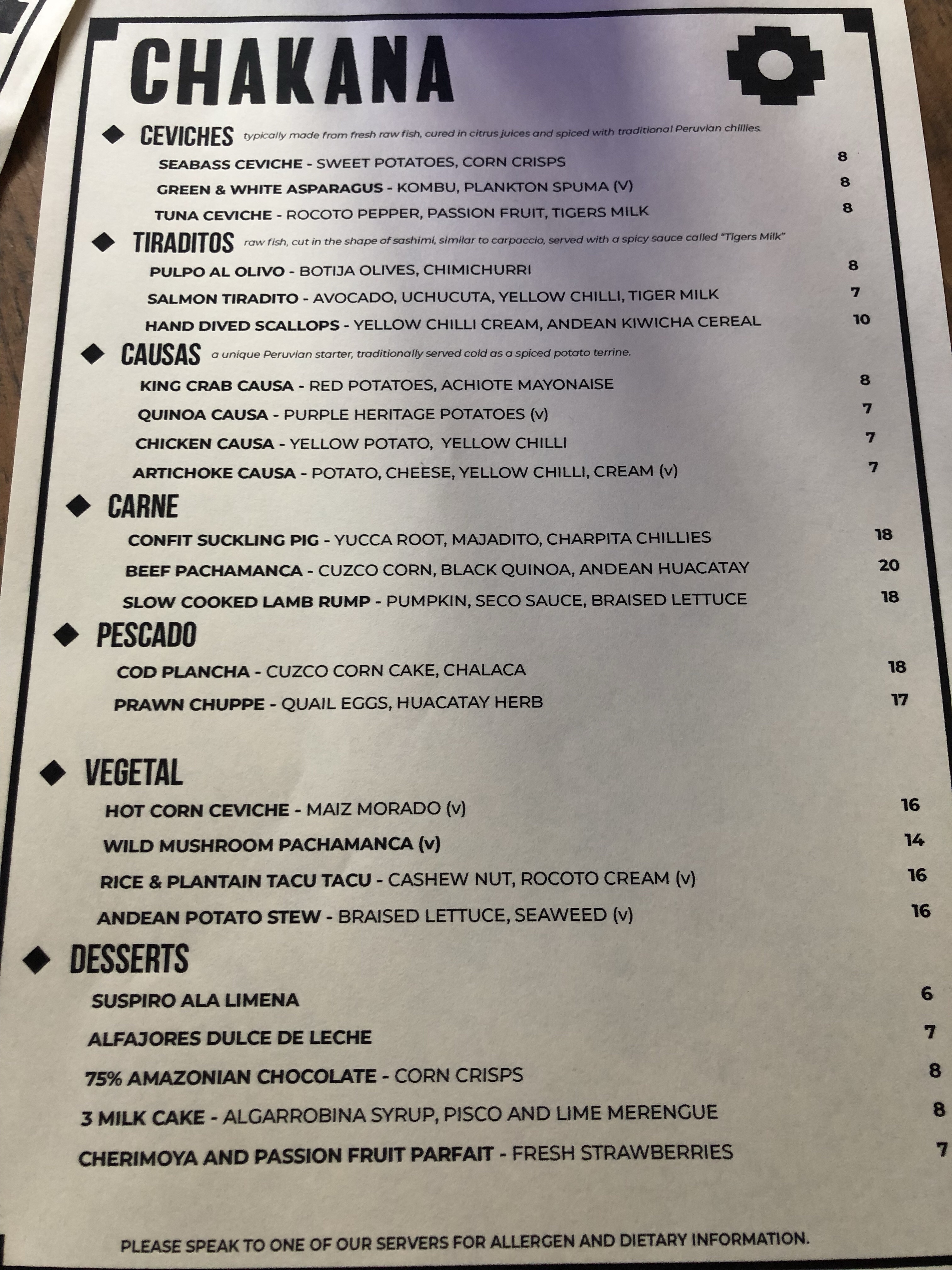 This is my first real experience of this cuisine and I’m impressed. Very, very, impressed. We start with tuna ceviche, the ultra-fresh fish dressed prettily in the pink tigers milk. It’s a million miles away from the ceviche I’m used to: the dressing on the fish keeps going; first acidity, then heat, finishing with a little sweetness, yet still still allowing the tuna to be the star. We follow this up with two from the causas section, which are essentially defined by the cold potato bases. Both the chicken and the king crab are excellent, though if pushed to pick I’d choose the crab one which had less sweetness and more of a chilli kick. Again both are as a pretty as a picture. I’d imagine that some people will order and just stare at the food. We certainly did. 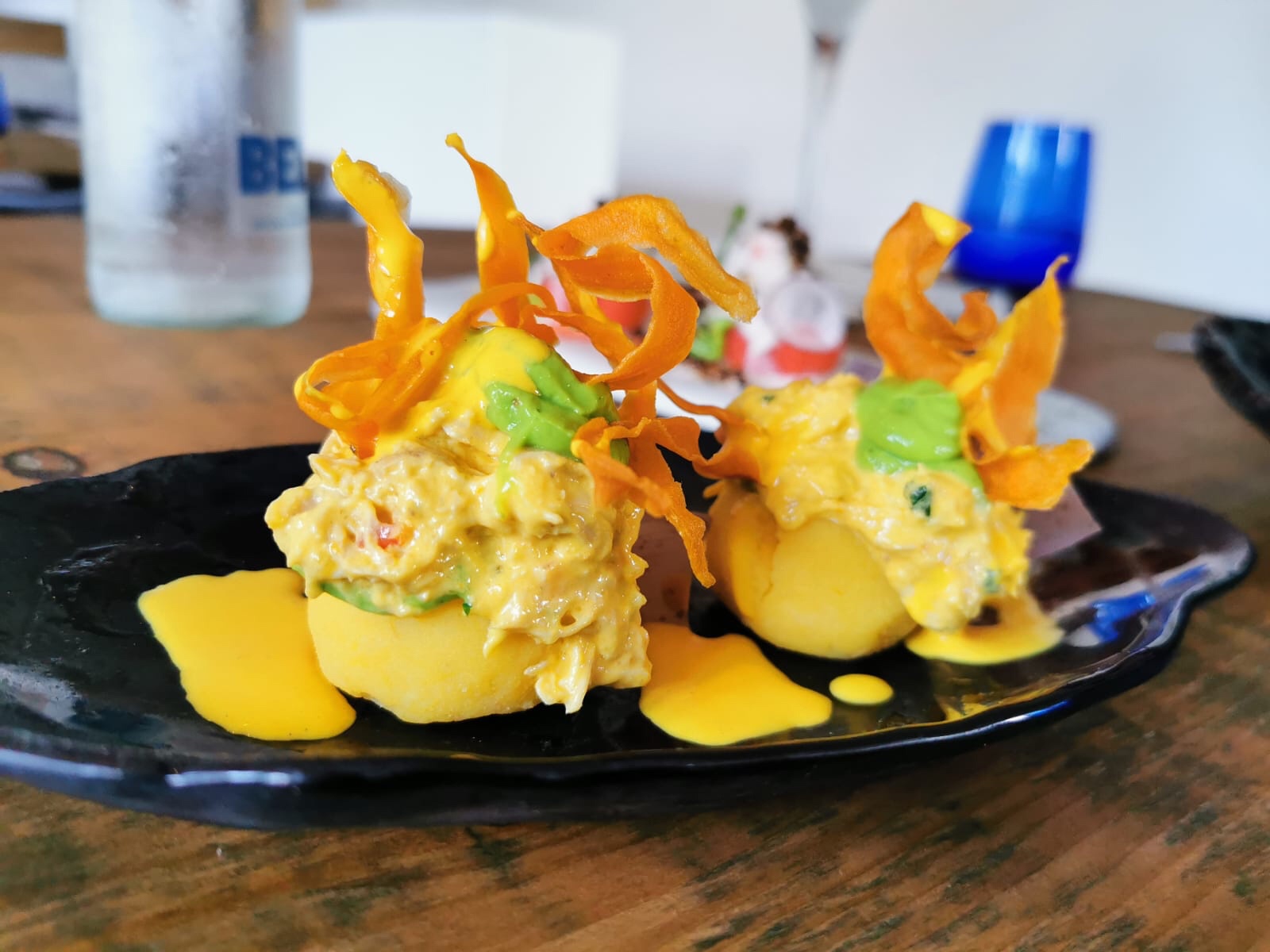 Mains are more wholesome offerings. On paper they appear to be protein and starch, though there are complexities in the subtle spicing and layering of the dishes that lift everything. Beef is marinated in vinegar and chilli so that the pink flesh has a back-note of being cooked over flames. There is a charred corn cake, clusters of black quinoa, a kind of nutty salsa and a purée of something fruity, hot, and squash-like. Apologies if the descriptions are vague; it’s a lot of stuff I’ve not eaten before. I just know I’m intrigued and I want to eat more of it. It is the suckling pig that steals the show. It’s Birmingham’s must-eat dish at present. The slow cooked meat collapses easier than our economy, the sweet yucca root is crushed and cut with herbs and the occasional pop of a tart berry that reminds me of sea buckthorn. There are chillis that linger on the back of the palate and root crisps that give the required texture. It’s an accomplished dish well worth £18 of anyone’s money. 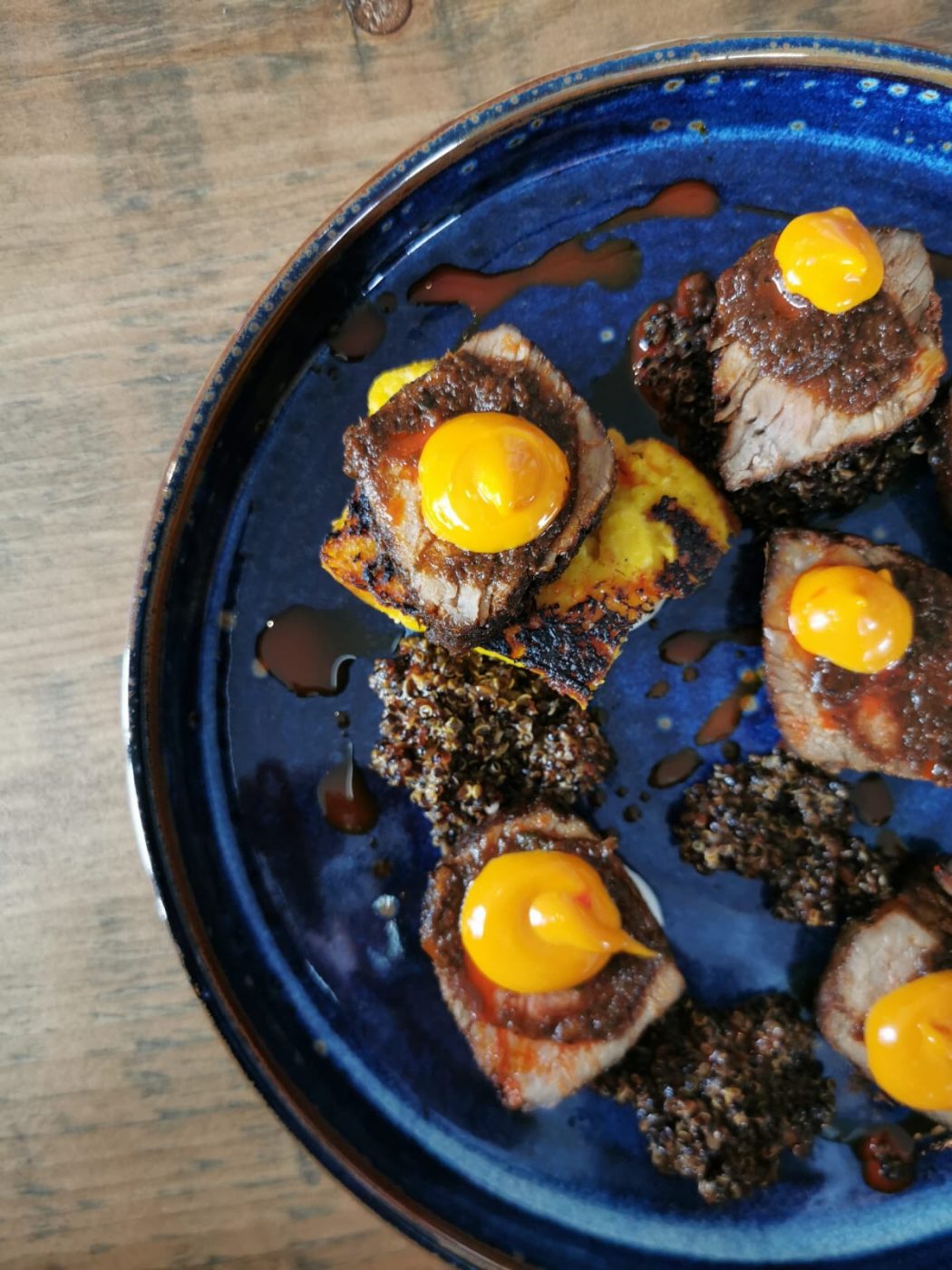 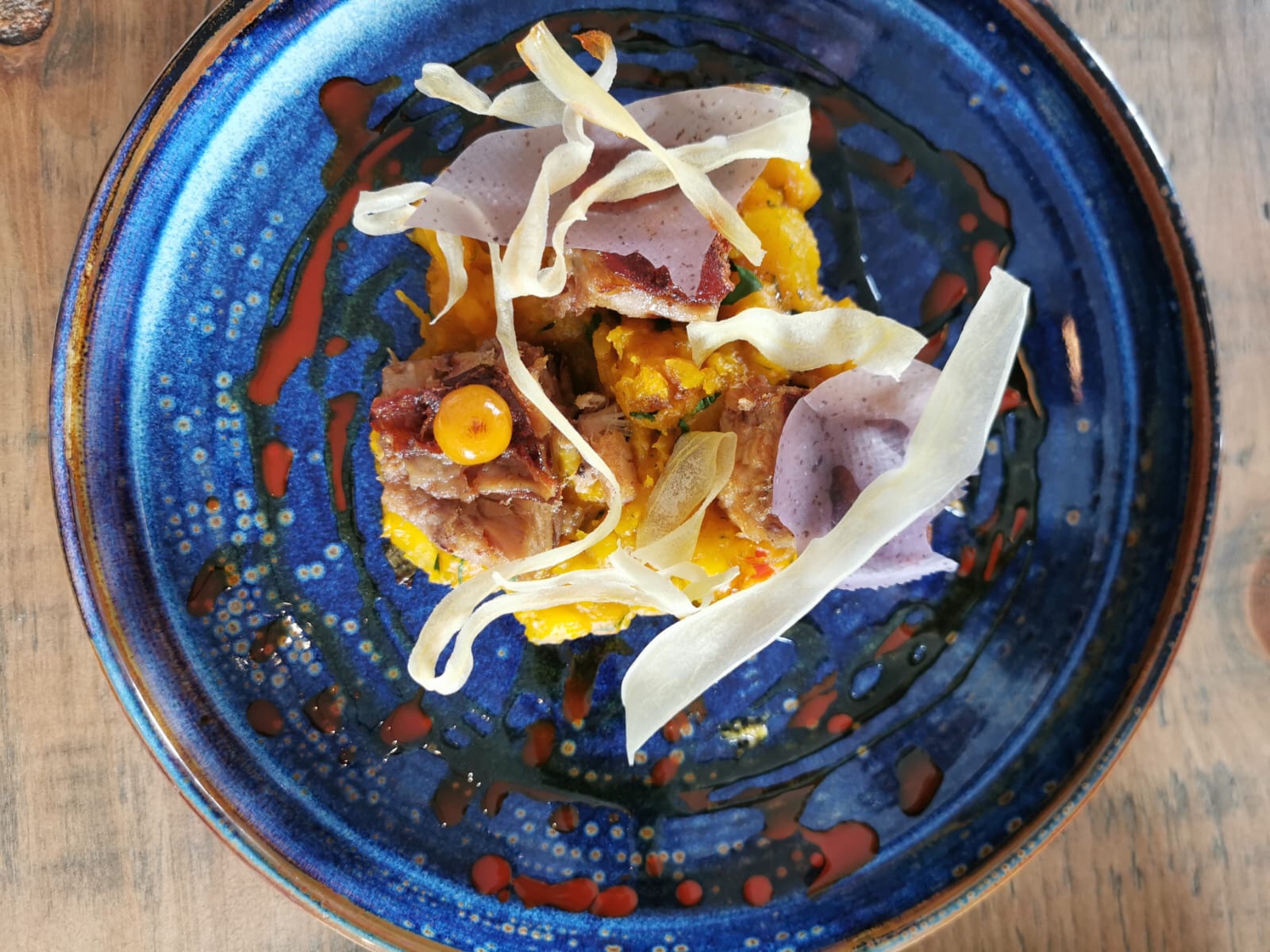 If I’ve fallen into hyperbole, then I’m sorry but there is more to come. Desserts continue the trend for me wanting to go back and eat everything. For now you’re just getting the alfajores. It is as it is sold to us – as a dulce de leche custard with meringue – yes, your dreams really have been answered. The dulce de leche is rich, with coffee and caramel notes, the Italian meringue ethereally light. Claire describes it as the best Angel Delight you’ll ever eat, which is why I’ll always be the second best restaurant blogger in our household.

With this we drink some very good cocktails and enjoy a couple of glasses of very nice wine, gently coaxed into our decisions by a team who are well drilled in all things Peruvian. There’s nothing we didn’t love about Chakana; the cooking is interesting and delivered with real skill, keenly priced, and unlike anything we’ve ever had in Birmingham. Since our lunch I’ve been weighing up the score in my head, wavering between a nine and the ten. But this is my blog and my rules, so it’s top marks. The reason is simple; Chakana is easily the most exciting opening of 2019. You absolutely have to try it for yourself.