The choice of where to go for a Balti was once so easy. It used to be the answer to ‘where is the best place to eat a balti?’ and then that’s where we’d go. Now it has other factors to include. Have I written about it before? Do people want to read about it? What’s my angle? All these things that you couldn’t care less for and that keep me awake at night, sweating like I’ve just double-dropped in Miss Moneypenny’s circa 2001. We considered Kabbabish as it’s consistent, a couple on Ladypool Rd, and the one my Mom and Dad went to every week which I kind of like keeping to myself. In the end we opt for Diwan, because the people on the Everything Moseley Facebook page seem to like it and because David Cameron once ate there. It was literally for those reasons. Want my angle? I’ve got two: one is phallic-shaped and the other has a snout. 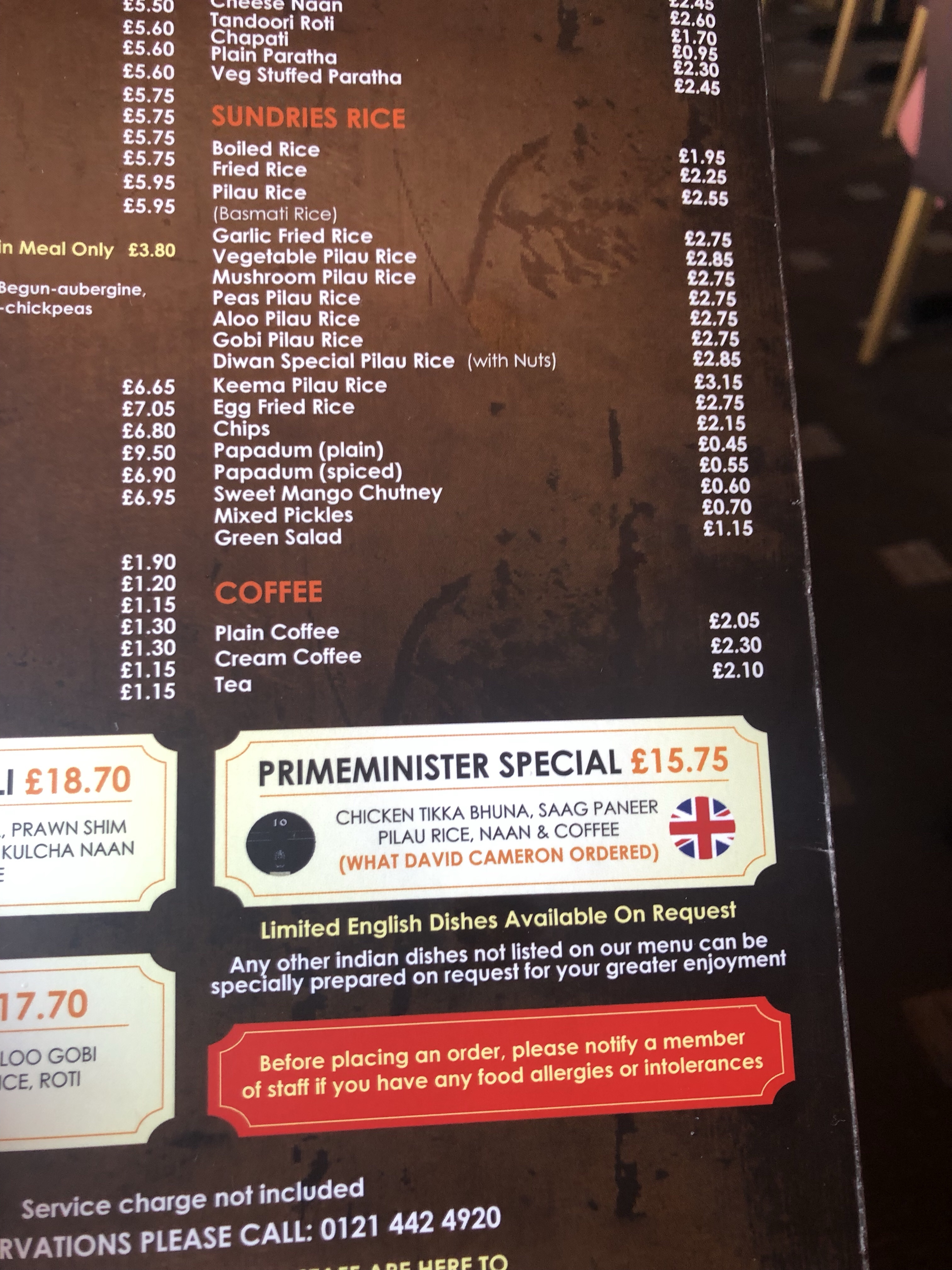 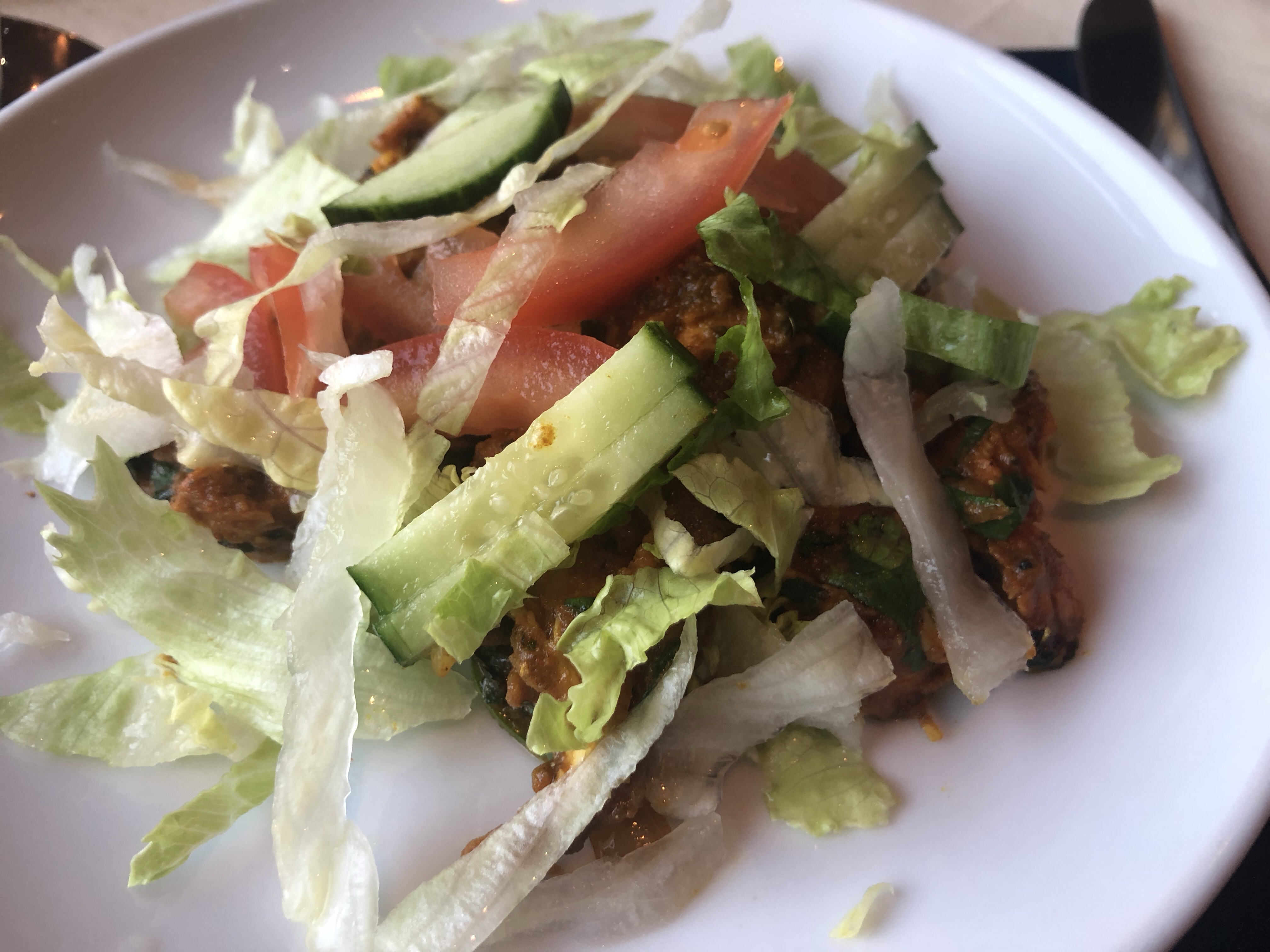 Because that is how pathetic I’ve become. Give me a cheap shot and I’ll neck it and then order another tray. By the time we pull up outside I have an idea for a piece laden with innuendo and profanity; one that would write itself regardless of what the cooking is like. Except it doesn’t work out that way. I ended up having far too much respect for them to do that. The decor might be on the tired side but they are proud to be here; the service is quiet and efficient, the team more in sync than far flashier kitchens in Birmingham. I request lime pickle for the poppadoms that arrive in less than a minute, the same with drinks, whilst our table is cleaned and reset in the time it takes Claire to go to the ladies and back. They are polite and quiet. We are paying guests in their little world and for that I’ll lay off the cheap tricks for once. 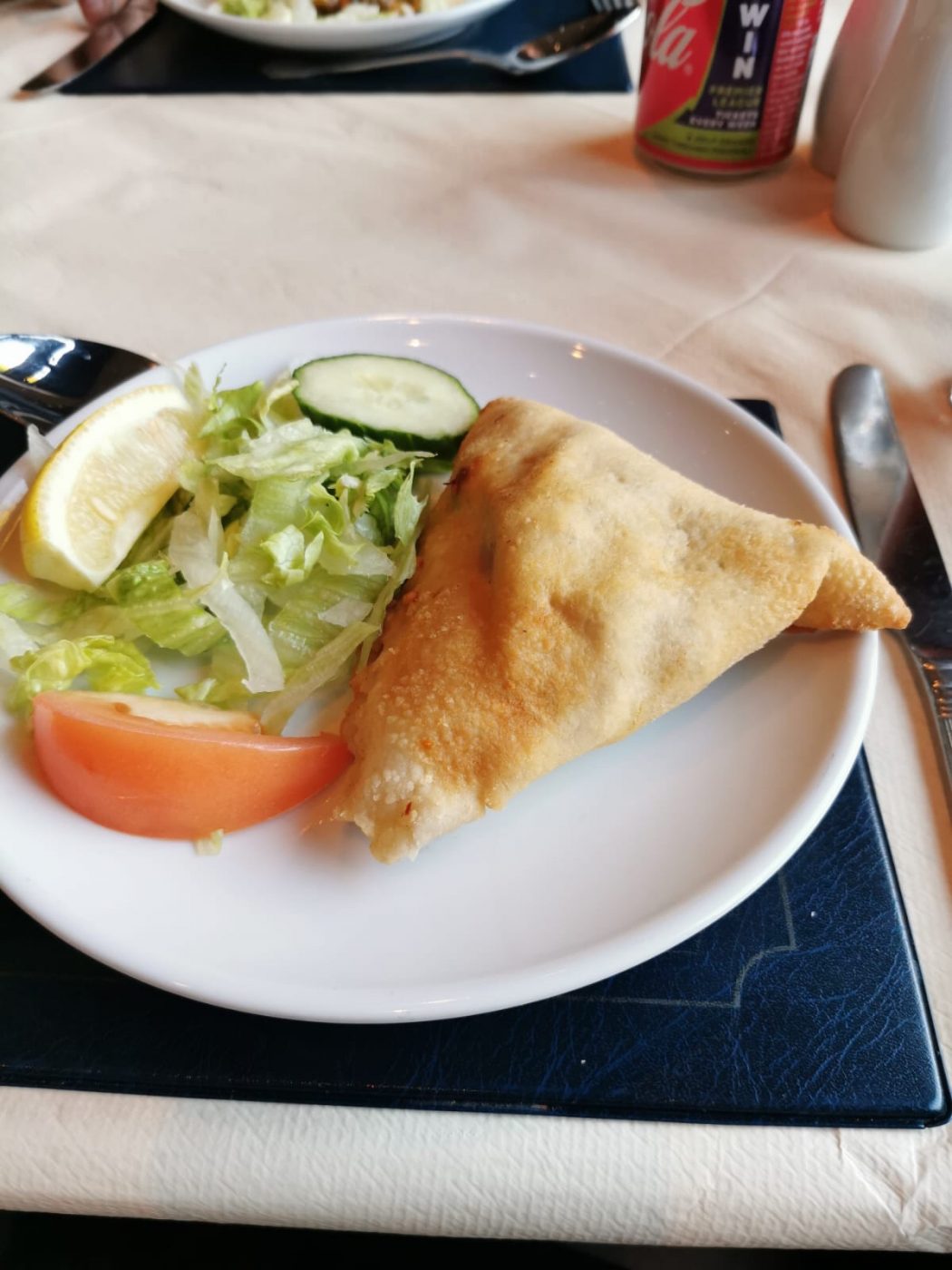 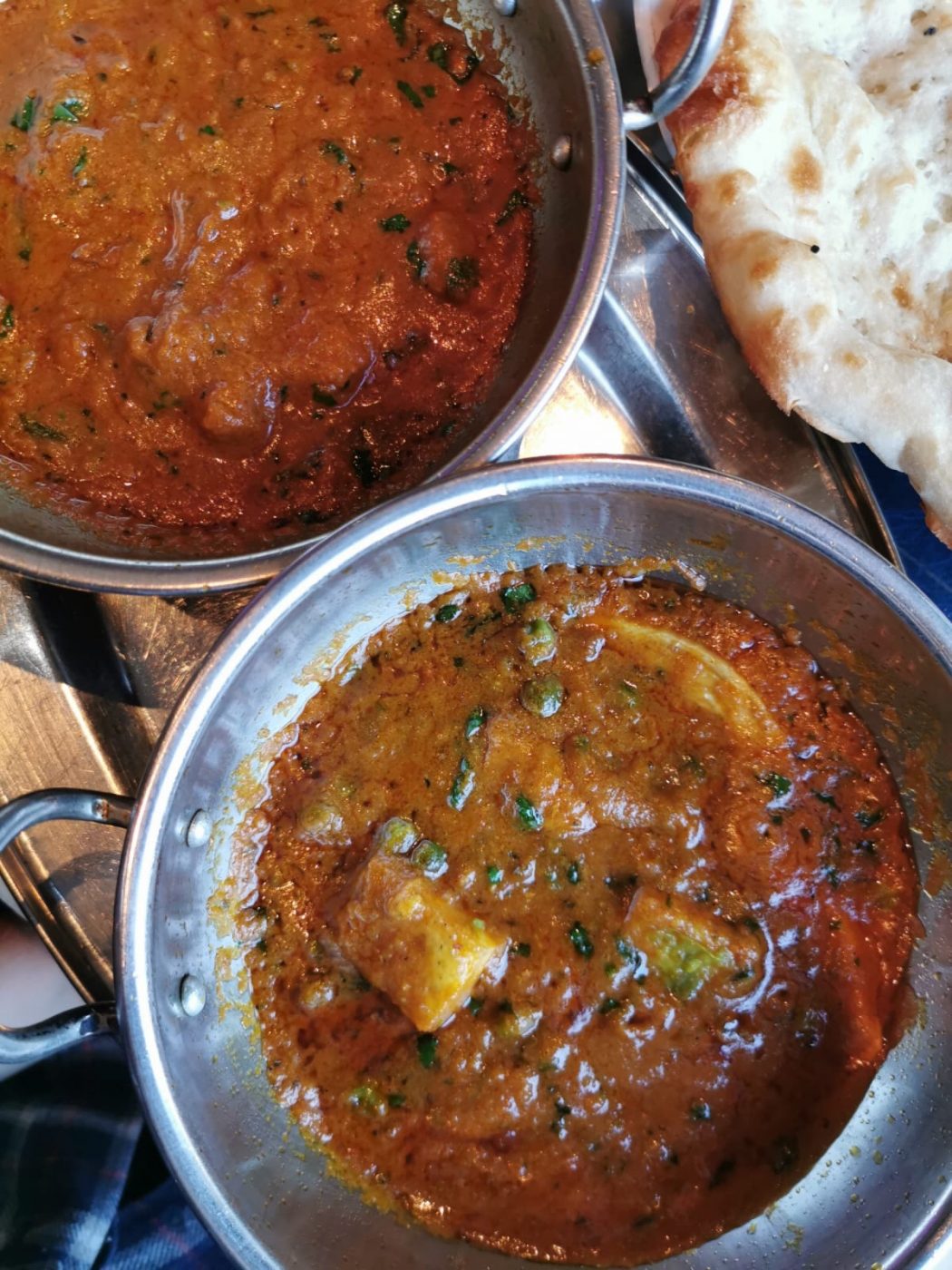 During our meal someone I haven’t seen in ages comes over to the table. “Bloody lovely, isn’t it? We come here at least at week”. Whilst I doubt I’ll ever make it weekly, I can see what she means. The casing for the samosa might be too thick but the inside is accurately spiced, whilst under the canopy of salad is an addictive chicken chaat with rich notes of fenugreek and curry leaf. The three curries we try (well one and two further half-portions) are a little too similar in make-up, though that make-up has a good foundation and is evenly applied. The meat is nicely cooked. It’s a bloody good Balti, better than the vast majority in the neighbouring Balti belt. The rice is good and the garlic naan is more than competent. I’d come back. The bill is under £40 including a couple of soft drinks apiece. It appears that our ex Prime Minister was capable of making at least one decent decision during goverment.

Taxis are a far easier choice than Balti’s. Take A2B