Paul Ainsworth at No.6, Padstow

Had our booking at Paul Ainsworth been three-to-four weeks earlier, I am almost certain that my thoughts would have been different. The diary had been unkind to it, sticking it on the end of a six week spell of gluttony that saw a trip to a food mecca sandwiched either side by multiple starred restaurants and some others pushing for similar accolades. Aside from a bulging waistline, this brings another problem, one that comes from short-term saturation of too much of the good stuff. We had a stable memory for ingredient quality, for seasoning and technique, and for service. I could still taste some of the best dishes we had. Coming out to play last they were always on an uphill battle, though that is not an excuse for them never getting out of second gear.

I don’t have much negative to say about our meal here, though I’ll struggle to hit superlatives over the next few hundred words. The building is nice, in particular the very smart CiCi’s bar upstairs, and the staff are eager to please. On arrival we get a nibble of deep fried Porthilly oyster with a smoked cod roes dip that is fairly unremarkable, followed by nice bread with two types of butter; one a sunflower yellow, the other caramelised. The former is okay, the latter unique and slightly unpleasant. 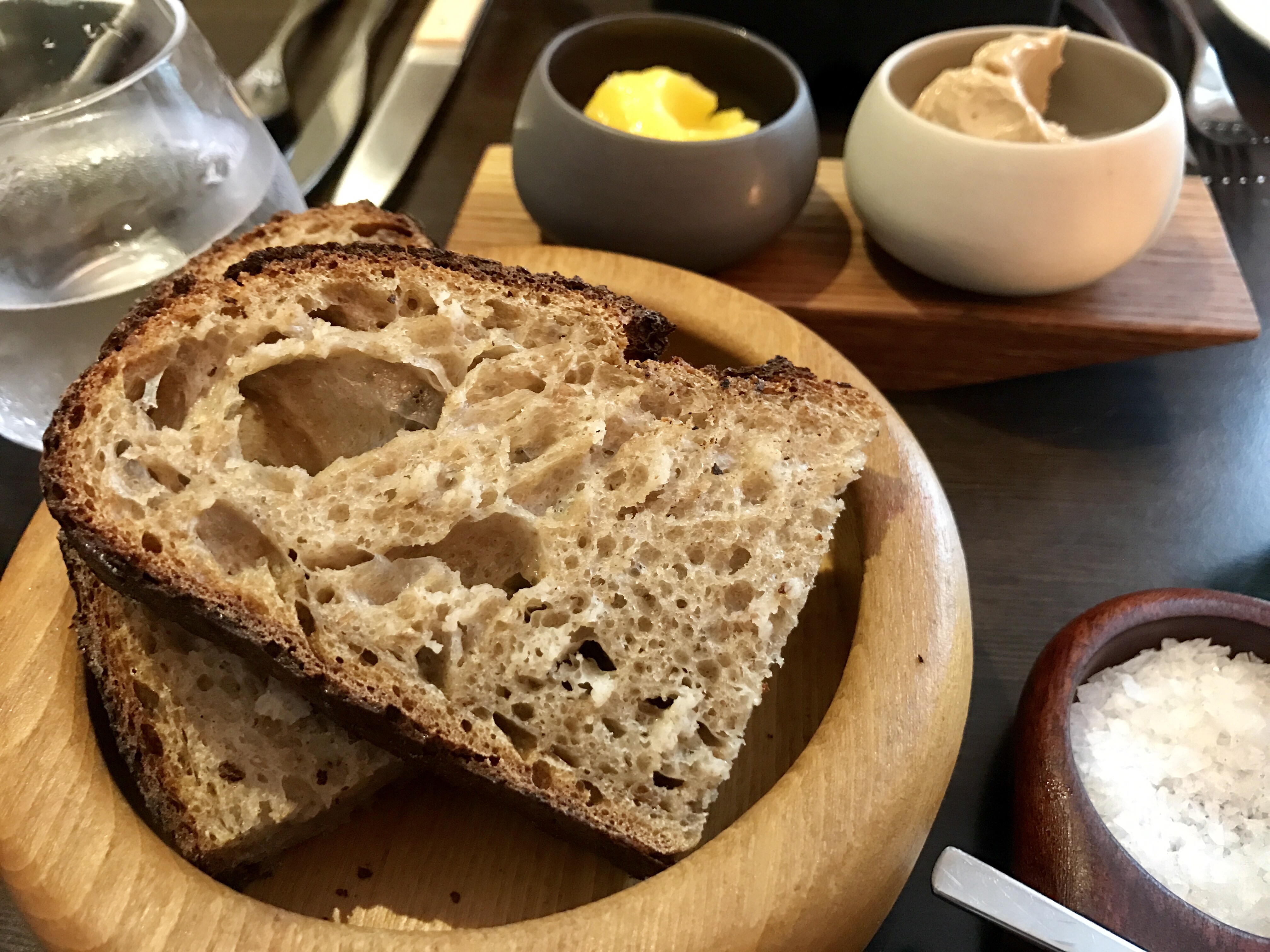 I’d been looking forward to the starter for a long time. A ragout of Jacobs ladder with tagliatelle sounds right up my alley, the kind of reinterpretation of homely cooking that gets me a little giddy in these kind of places. The ragu meat is lovely though it is too light; the late application of tomato concasse and a splash of vinegar has taken it too far away from its roots. The pasta is marginally too thick, though has nice flavour. It has little in the way of identity and is very light on seasoning. I’m disappointed. 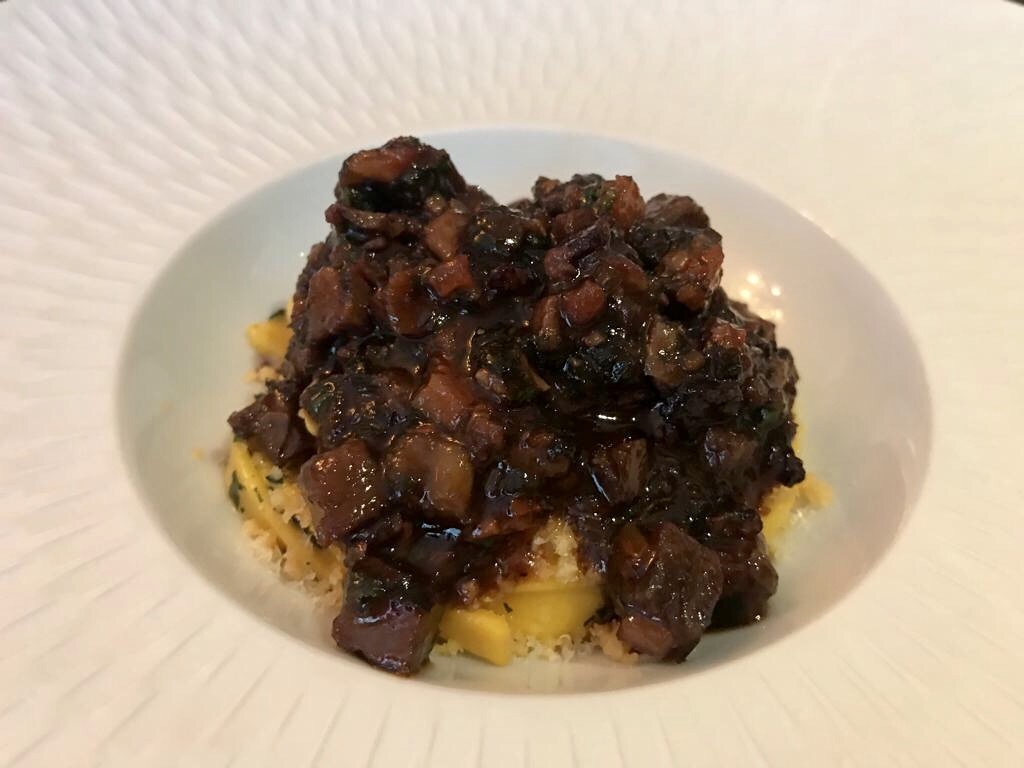 Smoked haddock quiche Lorraine is another starter that sounded better on paper than the reality. The portion of haddock is generous and nicely smoked, the pastry case underneath rich with lardons, onions and an oozy egg yolk. The dollop of salty caviar gives it a nice luxury seasoning, with the whole thing covered in a foam that tastes of little, if anything at all. I thought foams had died by now. Claire sums it up with a subtle shrug of her dainty shoulders. “It’s alright”, she says, “we’ve just eaten so much better recently”.

The frustrations continue into the mains. There is some good stuff bought down a level or two by the company it keeps. A new take on Tournedos Rossini has chicken replacing beef as the protein. The poultry has been rolled with a duxelle stuffing and is unforgivably dry given that Michelin has bestowed this building with a star. Around this lay ceps, the rock star of the mushroom world, though these are lacking in the intensity of flavour that the very best have. The best bit is the brioche and liver parfait which crowns the chicken, the parfait in particular packing a real punch. The side bowl of peas, lettuce and bacon, again light on seasoning, does little for the dish. The other main was mutton in a rich suet pie, with a moat of red garlic ketchup. This eats far better than the other main; bold in taste, meaty, and with a nice acidity from the ketchup. On the side this time is fricassee of sweetbread, consisting of mostly cucumber and one solitary thumbnail sized piece of sweetbread. We order a side of asparagus that arrives on the bill later that evening priced at £10 for five spears and praise ourselves on not ordering the two portions they suggested. The table of four next to us are going to have a shock when their bill arrives and they have a £40 bill for twenty spears. 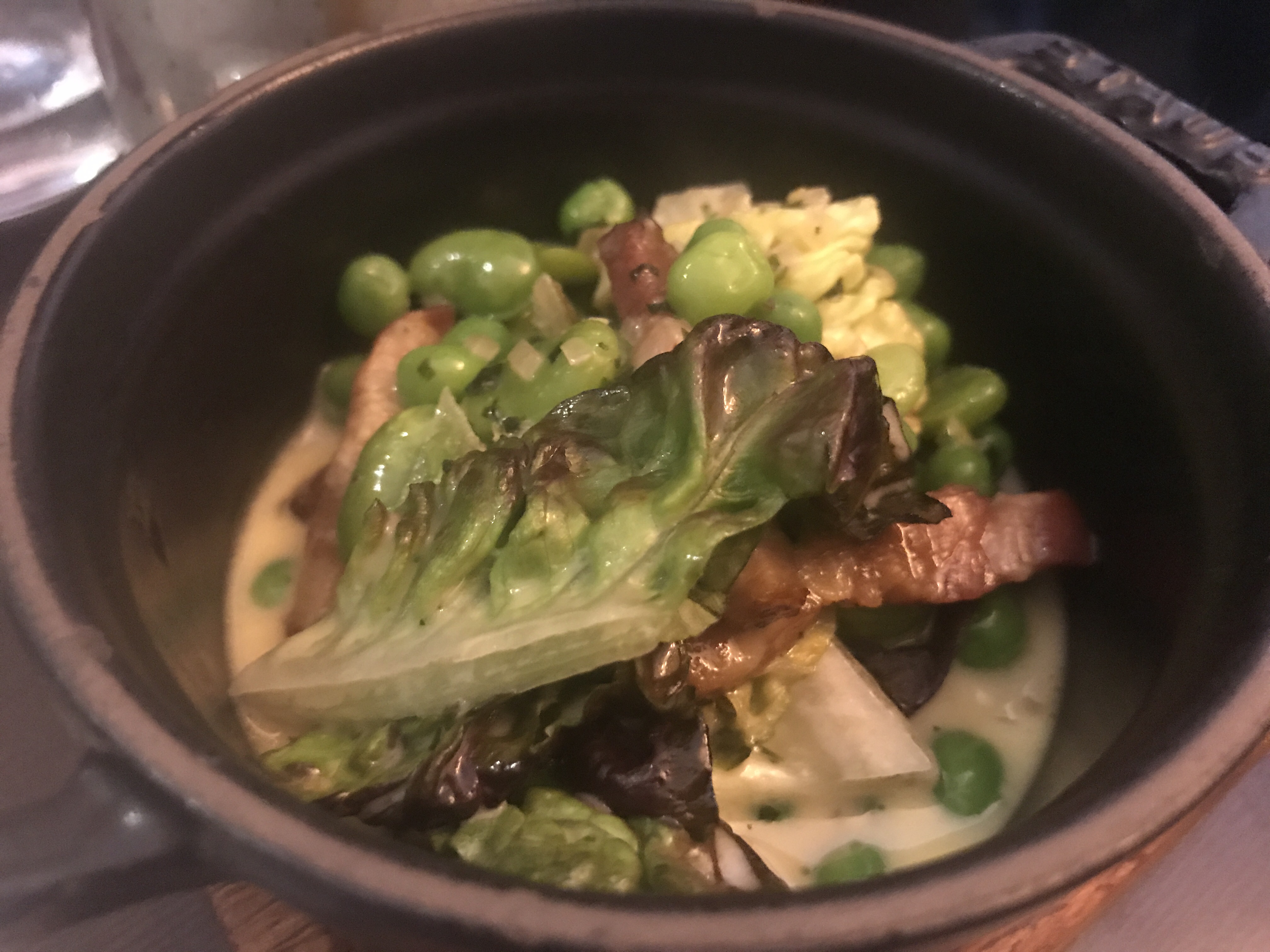 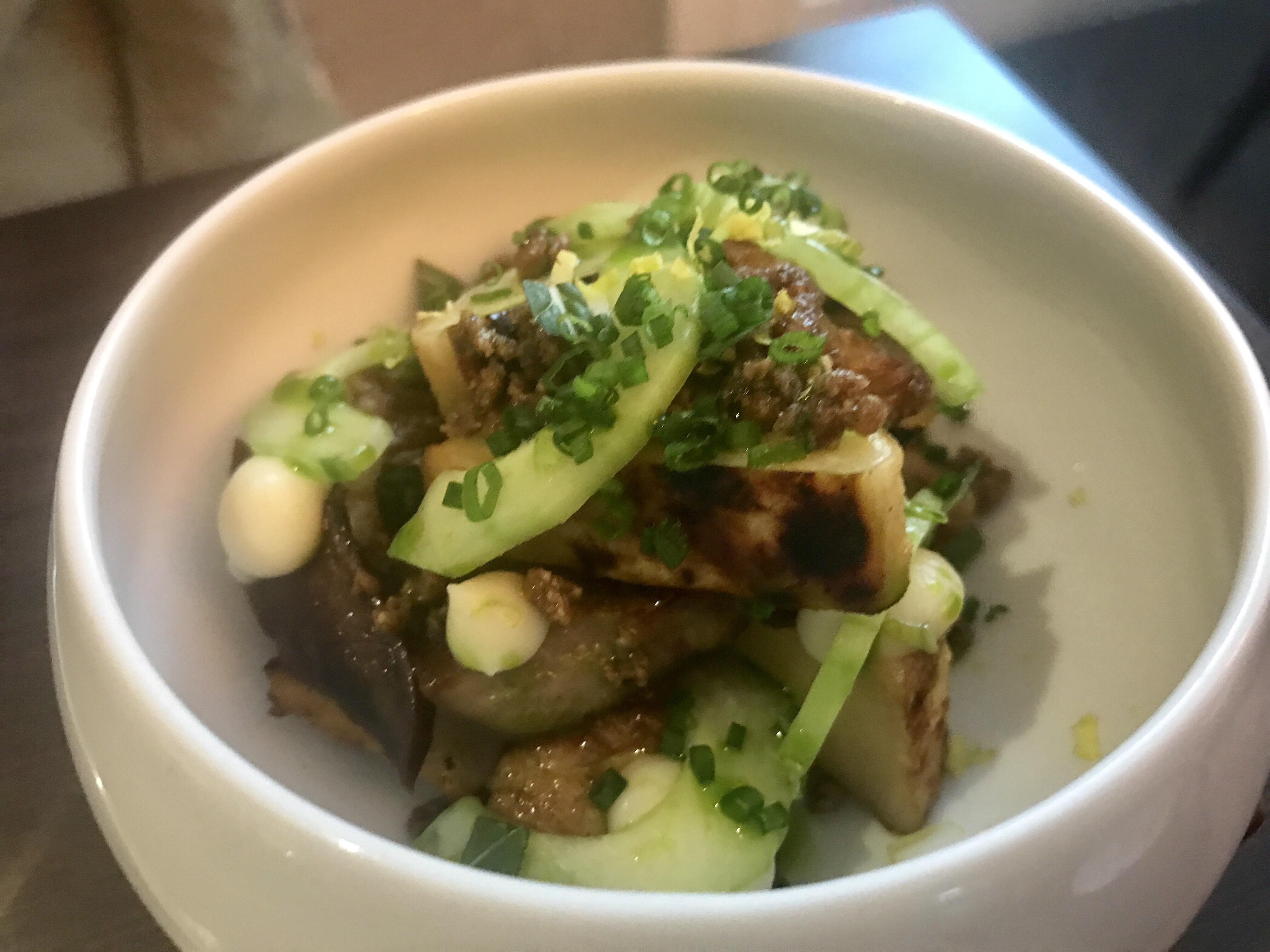 Dessert sees them up their game. A cheese course of sorts has a fat wedge of Barkham Blue served alongside a little jug of cider and a slice of tarte tatin. It is a combination that makes perfect sense, the salt and sweetness in harmony. It’s lovely, held together by some top quality ingredient and a killer tarte tatin that has apples just holding their shape and lots of caramel. The bread and butter pudding seems a perfect way to finish the evening. The cubes of bread in a custard-like sauce dotted with rum soaked raisins, covered in a chocolate ginger snap. On the this goes cream, with a puddle of sherry for good measure. It’s bloody brilliant; that spark we’ve been waiting for all evening. It has character in abundance, is fun, and most of all is an improvement on the original. 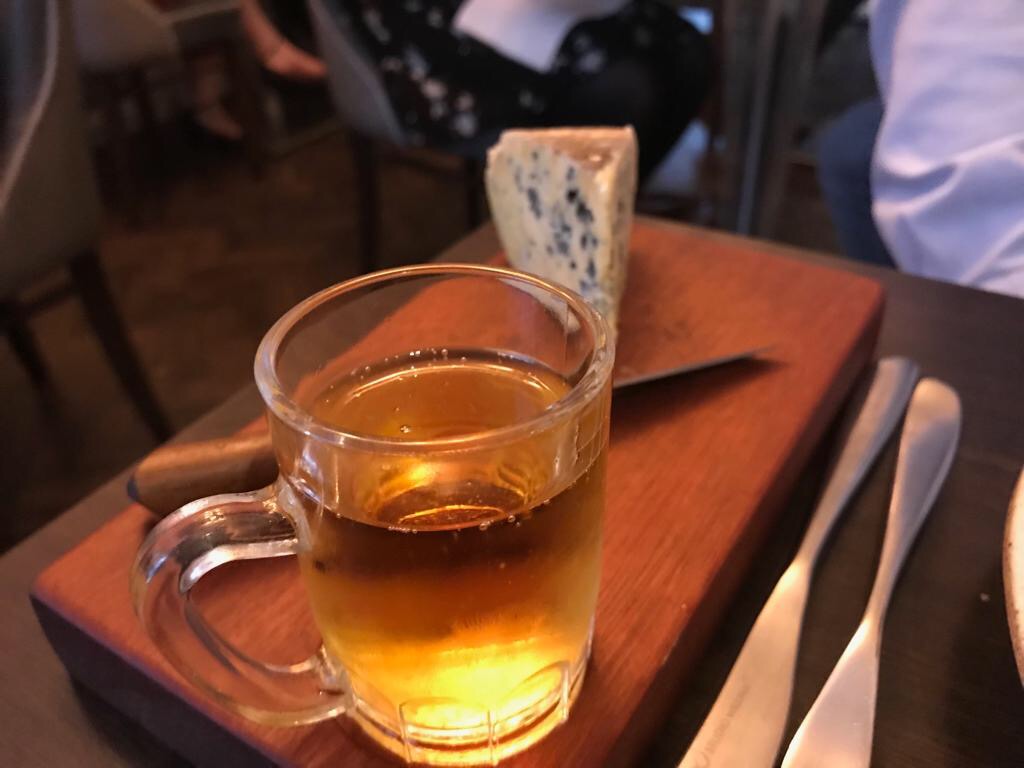 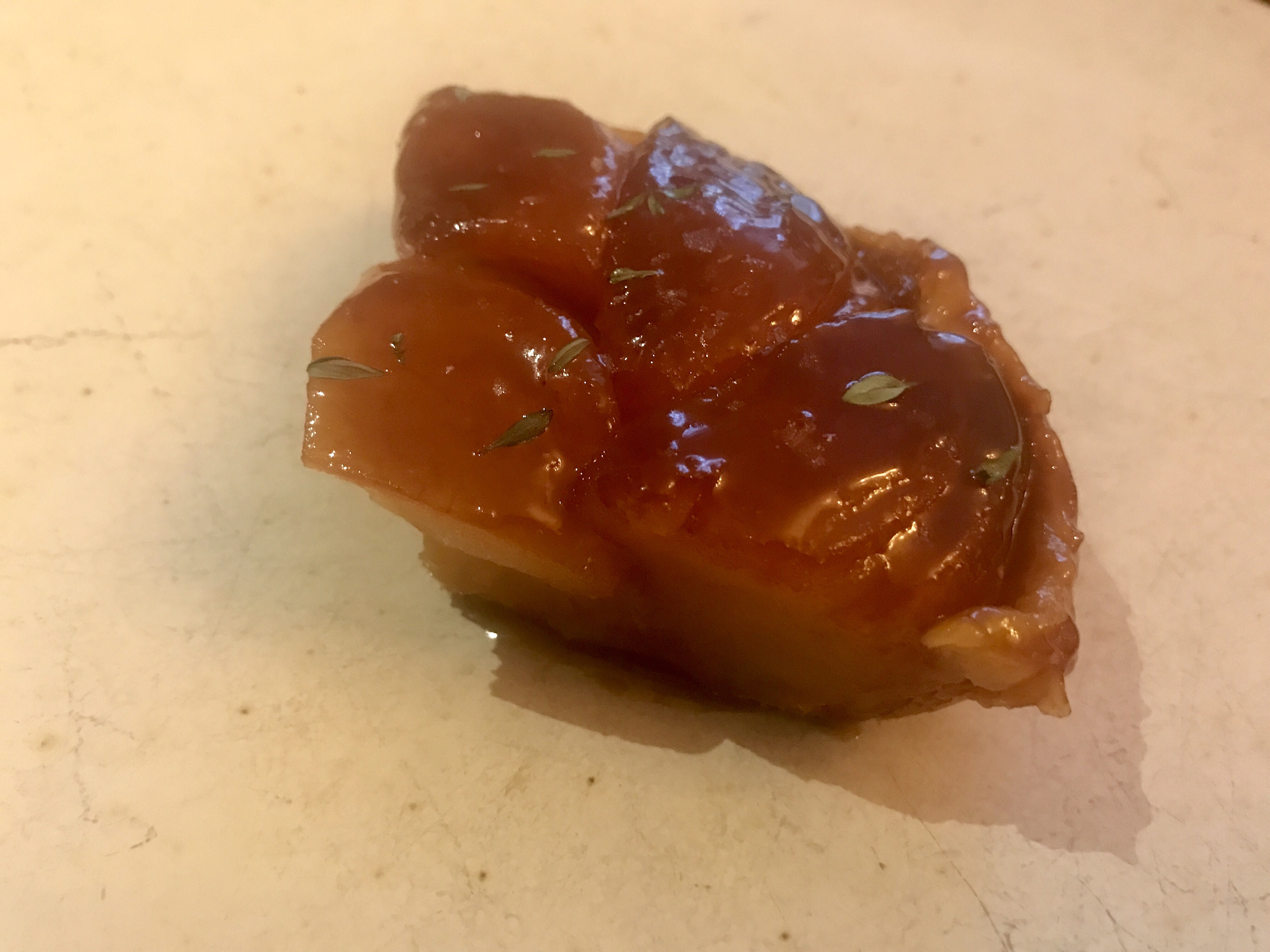 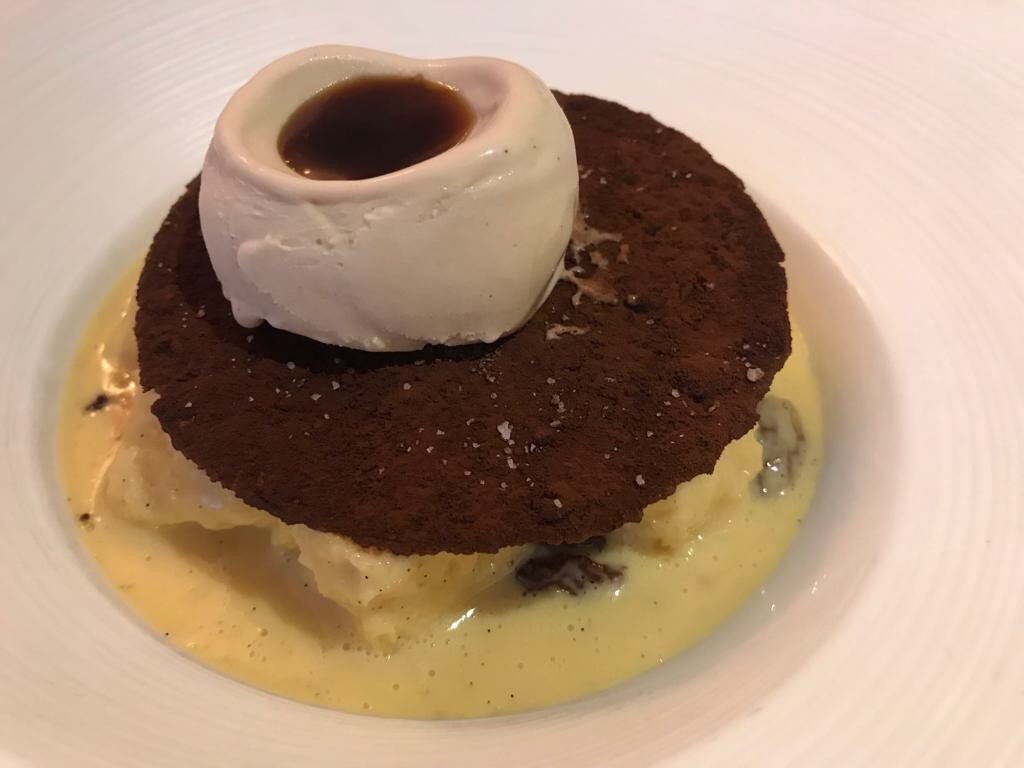 Service was considered, if a little keen on the upsell at times, and there was an issue with a glass full of sediment that I personally felt could have been handled better. We pay a bill of £180 for the above, a bottle of Beaujolais, two cocktails, and a glass of dessert wine. Not a life changing amount of money for dinner, but one that I expect not to be littered with small errors. Paul Ainsworth comes across on television as a cheerful and passionate chef, and everyone I know in the industry says he is one of the good guys. As much as I wanted to enjoy No.6 it left me a little disappointed. There is a playfulness to the concepts of each plate that simply doesn’t translate into the eating, which coupled with some erratic seasoning issues left me feeling cold.