Rosa’s Thai Cafe has had a rough start. A high level of interest and a 50% soft launch, coupled with PR invites to those pesky bloggers, means that it took up a lot of column inches quickly. Sadly the reviews haven’t been great, maybe because it wasn’t actually that good, or more likely because the average food blogger’s opinion comes from other bloggers. Look into some of those reviews (or don’t. Actually don’t.) and you’ll see the most basic of coverage; it wasn’t hot enough, too greasy, too creamy. It’s a rudimentary swipe at a cuisine they clearly know nothing about. Ask them about galangal and they’ll think it’s a Marvel character, whilst others will punt at kaffir being the newest member of the Kardashian family. They’ll be no understanding of the difference between the poor north and more affluent south. I’m not suggesting you disregard their opinions, but maybe take them with a pinch of salt. Which is an ingredient they’ll be familiar with, though maybe not be able to identify.

Now before the hate pours through my inbox, I am also no expert on Thai food, which is why the first lunch I have at Rosa’s is in a group containing two owners of local Thai restaurants (and a pesky recruitment consultant). Between the five of us we order pretty much the entire menu with mixed results. Both the snacks, each with overly diluted dips, then all of the starters from which we liked the rustic skewers of street-food-style pork which hum of honey, garlic and soy, and quite like the sweet corn cakes that apparently have a high proportion of red curry paste but are a little dense. From the mains a table pad thai is heavily criticised for no garnish of peanuts, chilli, or lime, whilst a pad kra pao is muted and short of both oyster and fish sauce. There are others. Lots of others. We leave feeling a bit nonplussed by it all. One of our party comments that it’s good for the area, whilst another thinks they are having the same staffing issues that most of the industry are having. We go to a pub and decide lunch was alright. 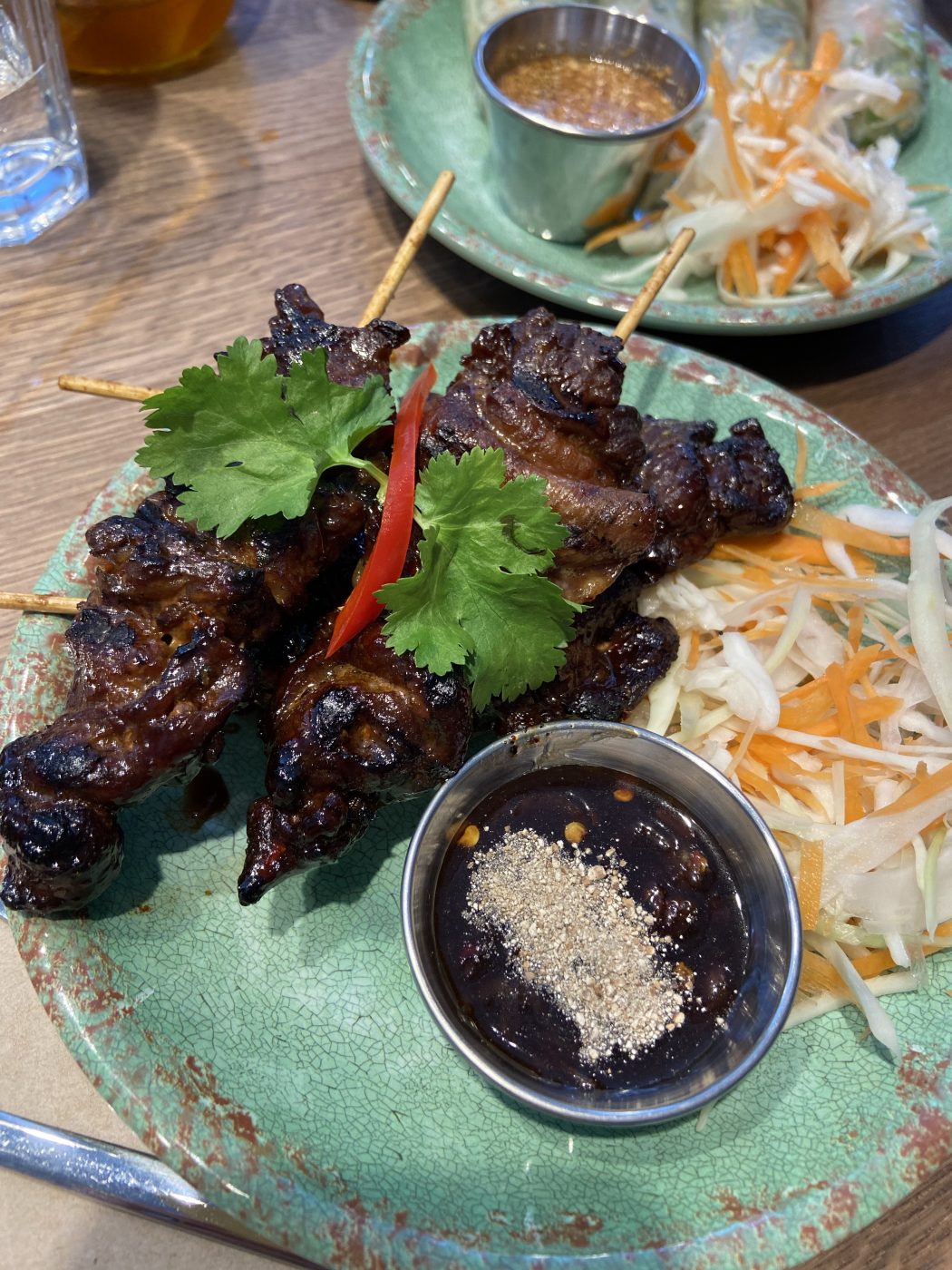 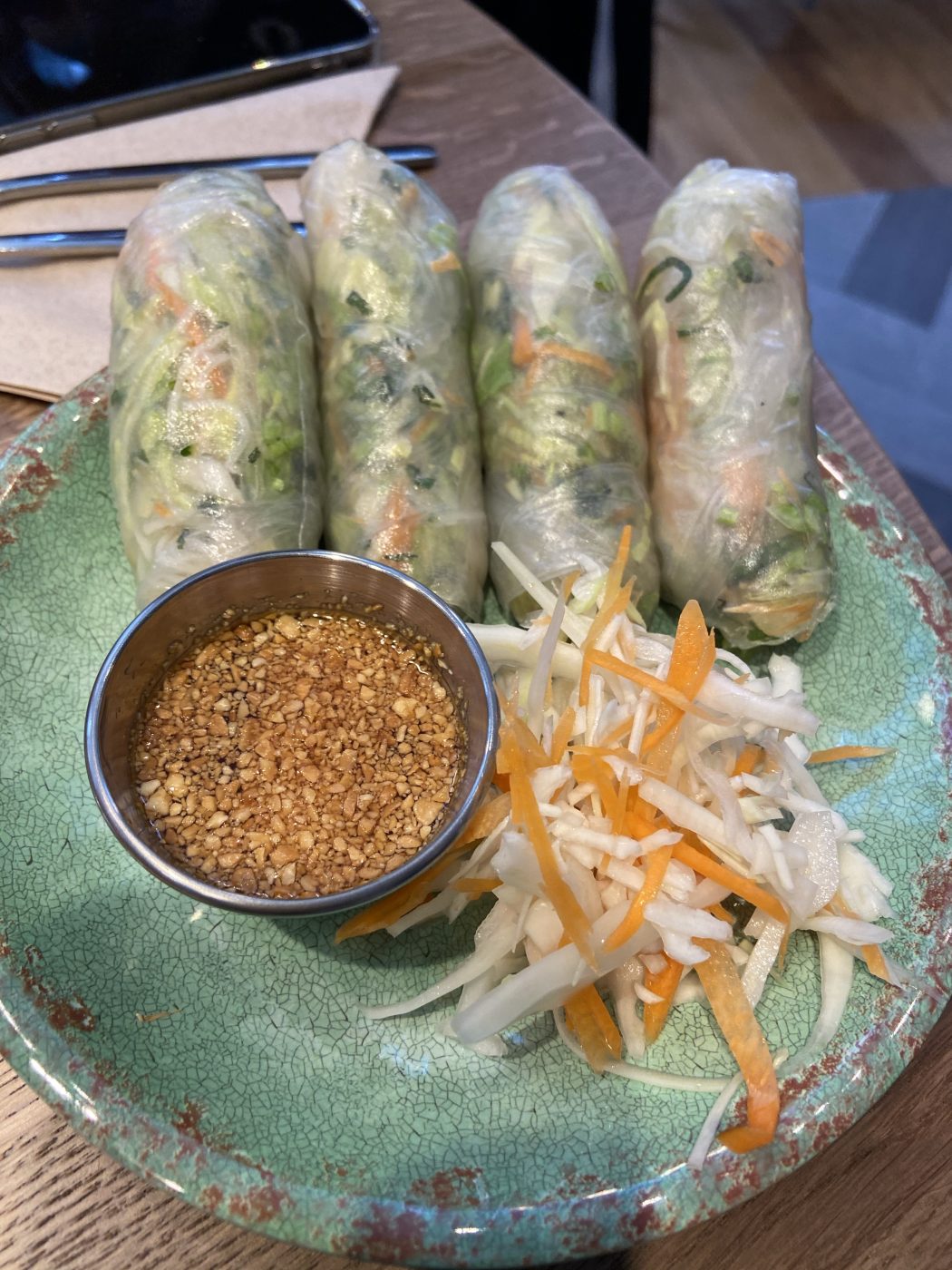 I’m going to disregard that first visit, bar the opinions of those I ate with which will provide reference points. Three weeks on and it’s almost a different restaurant to the one I first ate at, with the exception of the decor, staff, and the menu being full price instead of 50% off. The dips for the crackers are still too diluted and softened, but everything else has improved. The sweetcorn cakes are lighter in texture and less greasy, whilst the satay chicken that was marked down on the first lunch for the lack of lemon grass are now almost furry with the stuff. Crispy prawns have the appearance of a supermarket product but contain plump, fresh shellfish. It’s also the only time that watery chilli sauce works.

The mains highlight the need for the soft launch to settle in. First time around the noodles had been stir fried for all of lockdown 3.0. Here, it’s flash fried so that the meat hasn’t dried out and they’ve gone big on the seasoning with loads of soy, resulting in a dish dark in colour and rich with umami. The red curry is spritely with galangal and lime, not over-thickened with coconut milk. The heat level is exactly where it needs to be. Is it the best Thai red curry I’ve ever eaten? Absolutely not. But it’s good enough to warrant a return visit. 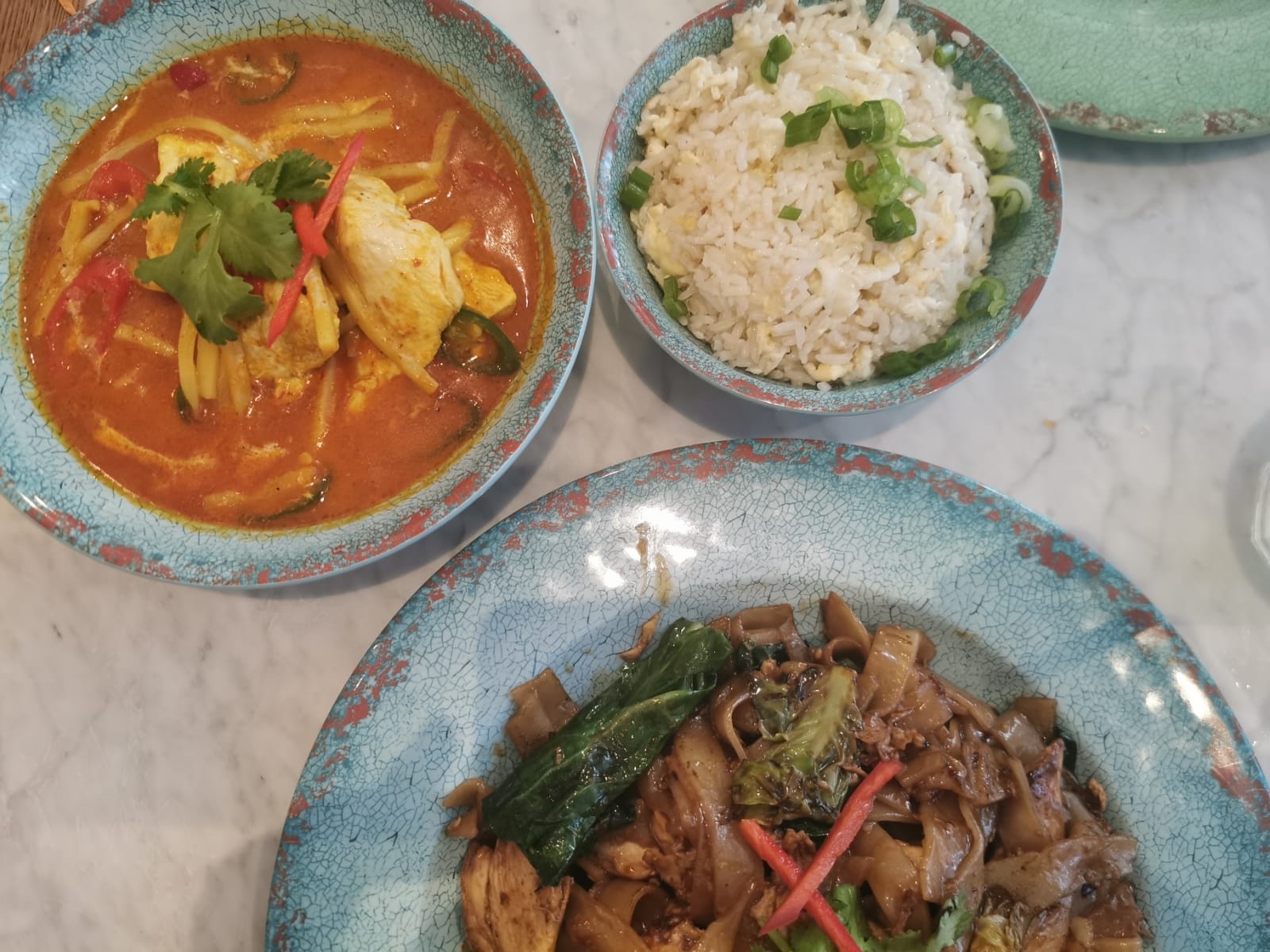 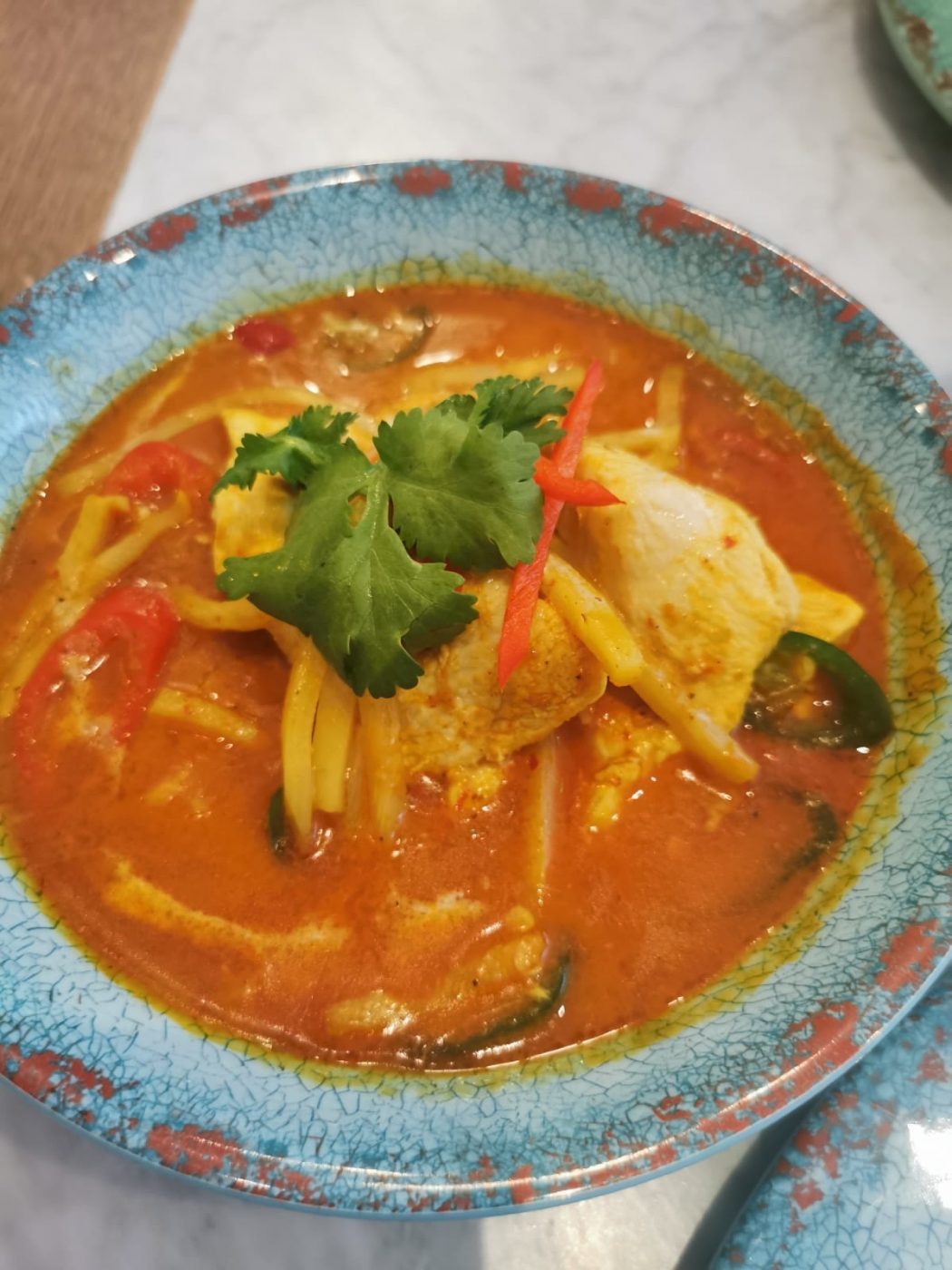 In between the two visits I spent some time in London, with my morning walk from hotel to work taking me past two Rosa’s sites. There are many others. These London chains arrive in Brum with big expectations for no other reason than this city still has an inferiority complex with the capital, and assume that everything is bigger, better. I’m taking Rosa’s at face value; a cafe style Thai with a menu that leans towards the street food of Bangkok, and sits in the nicest part of the city. One that’s slowly acclimatising and improving by the week. It ain’t perfect but it ain’t as bad as some are making it out to be. I’ll be back.

One visit used credit supplied towards the meal, whilst the other was paid for in full.