I think this Independent Birmingham Festival was my favourite so far. It may have been the excellent company we kept, the stream of friends we bumped into continually throughout the day, or the fact that I was very tipsy by 1pm on the Saturday, but they really nailed it. Here is a super quick post on what we ate and drank at this celebration of the wonderful independents in this great city. 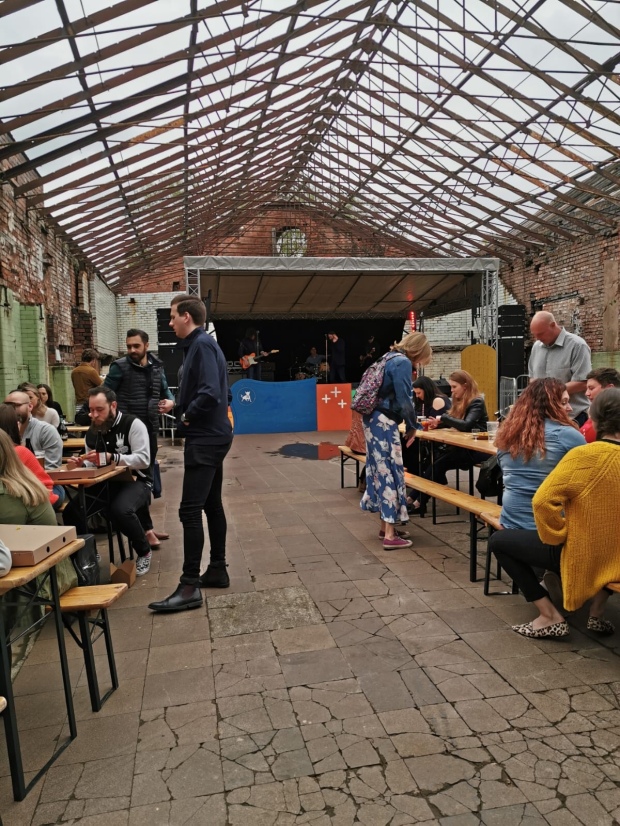 I’m mentioning this first because the sight of Momma Buddha Belly cooking with Sai melted this cold heart. A slightly different menu this time which we dived straight in to. The more familiar Southern Thai curry was ordered with salmon fish cakes and an outrageous beef noodle broth not dissimilar to a pho. Seriously classy Thai food. It’s impossible to not love Buddha Belly, even when I'm on strict instructions to not swear. 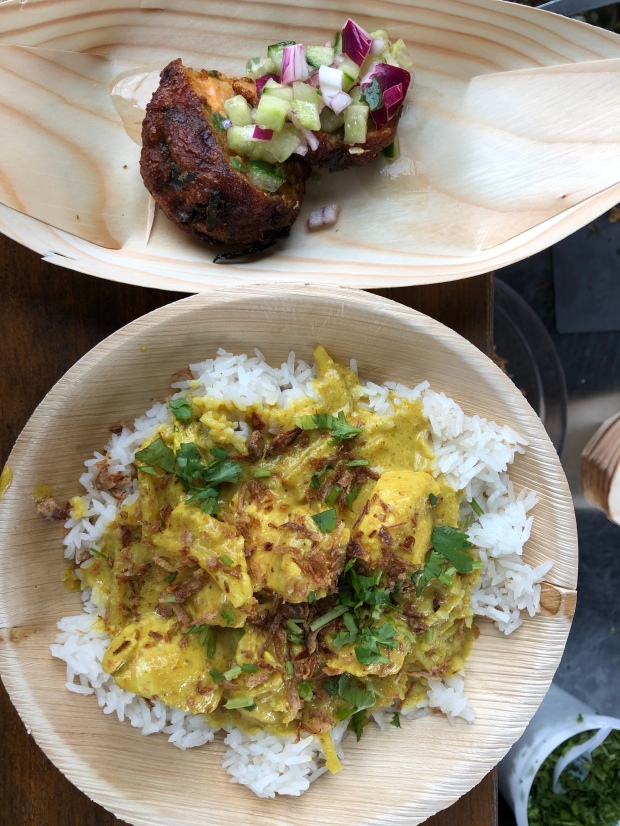 Lee decided to spit roast an entire lamb for this event, which took me back almost twenty years to when we used to party together. We had a hybrid dish of the lamb meat with mac’n’cheese, salsa verde, crispy potatoes cooked in lamb fat, a Yorkshire pudding and gravy. The salsa verde was insane, as was the quality of the meat. Claire drank gravy from the Yorkshire pudding because that’s what Northeners do. Mental. 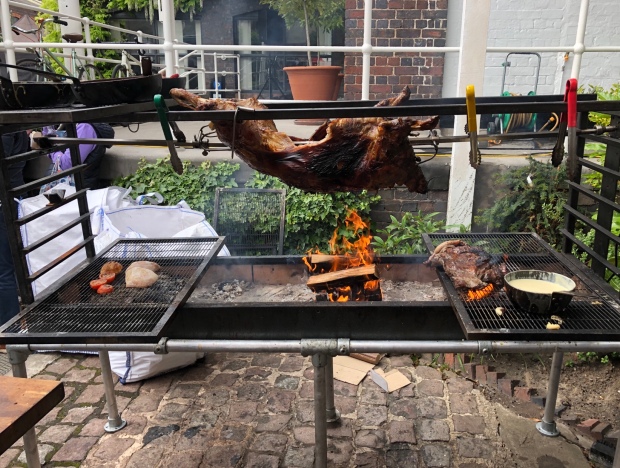 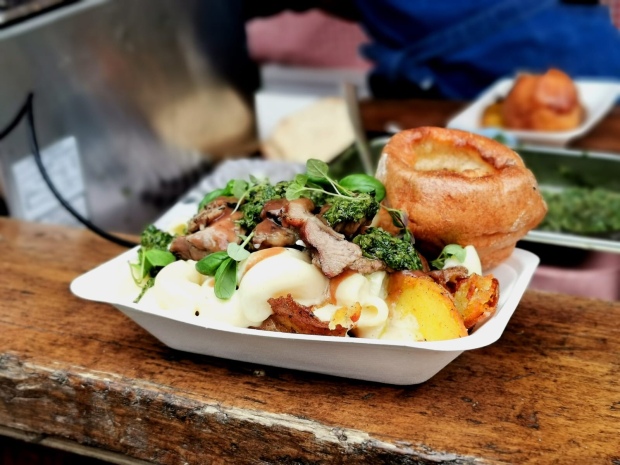 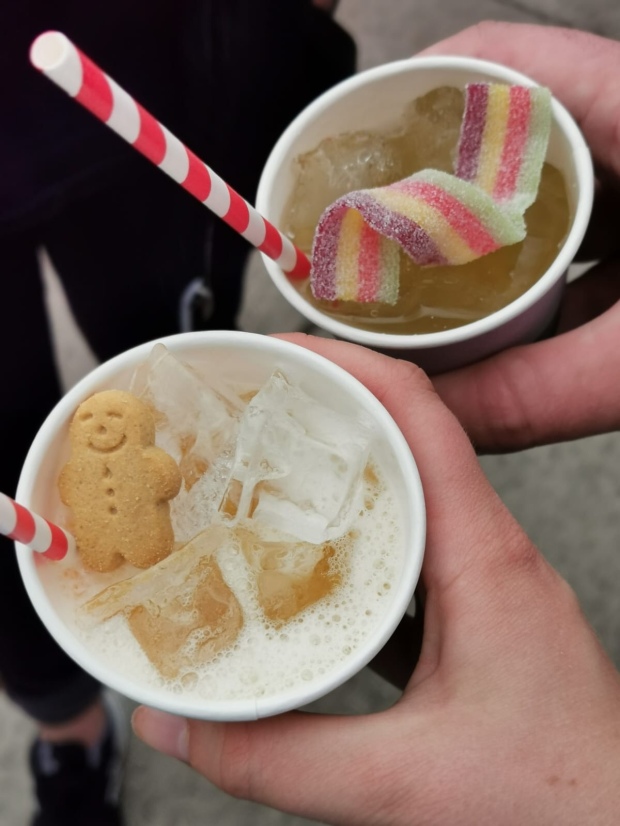 A delicious fizzy pink wine which tasted of tip-tops. Drank two bottles so must have been good.

You may be aware that I live very close to these guys. I may have had a Deliveroo from them the night before. Still never stopped me eating a chicken tikka kati roll and samosa chaat. Huge amounts of flavour in everything they do. 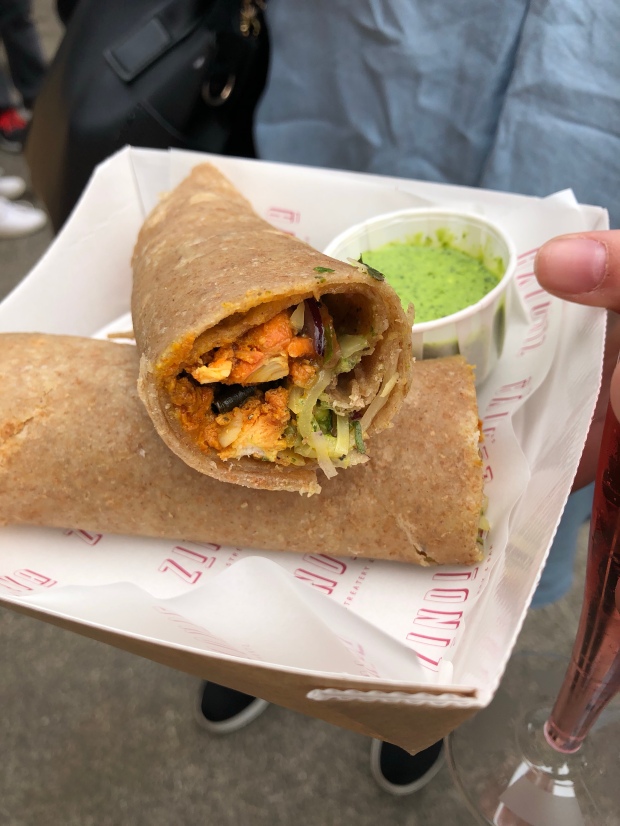 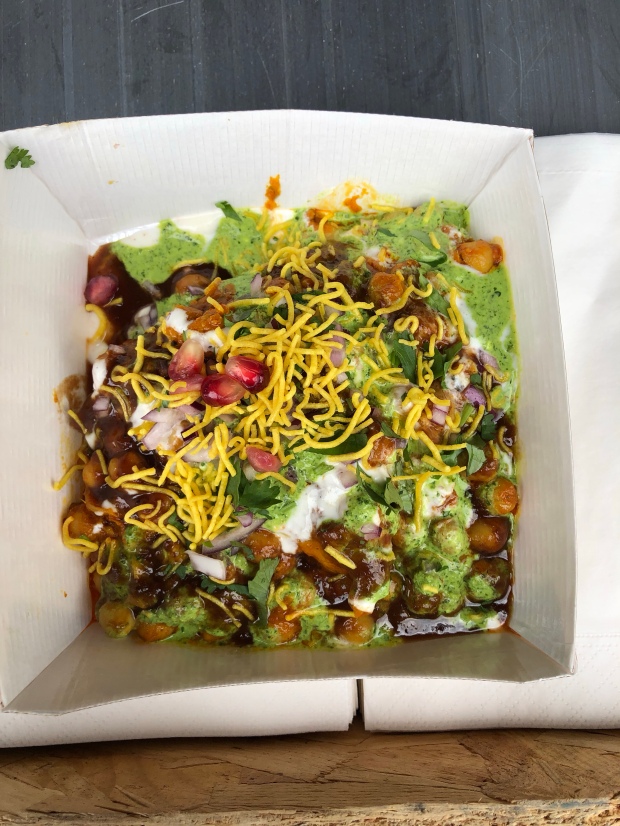 They had a very attractive looking paella on the go, though it wasn’t ready so we changed tactics and went with patatas bravas and ham croquettes. It was a good choice. Both were crazy good. 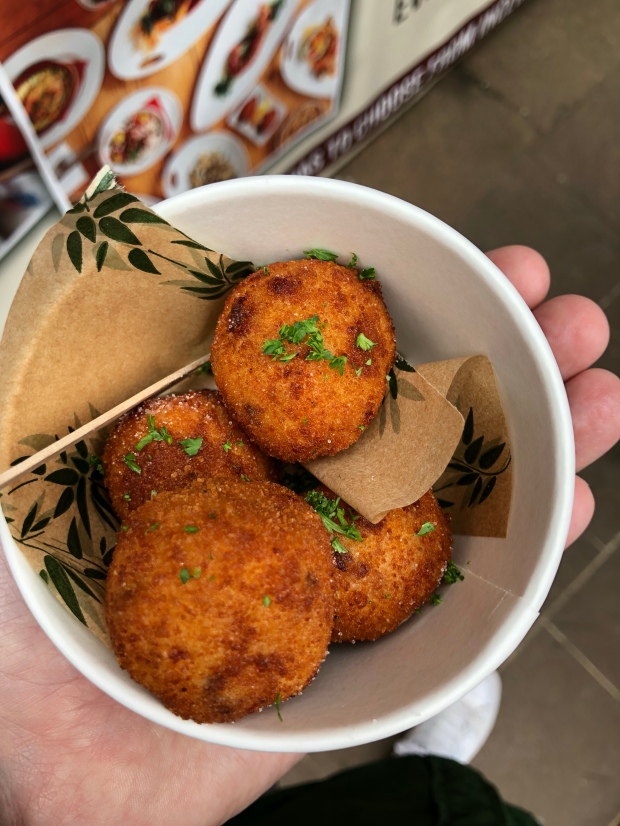 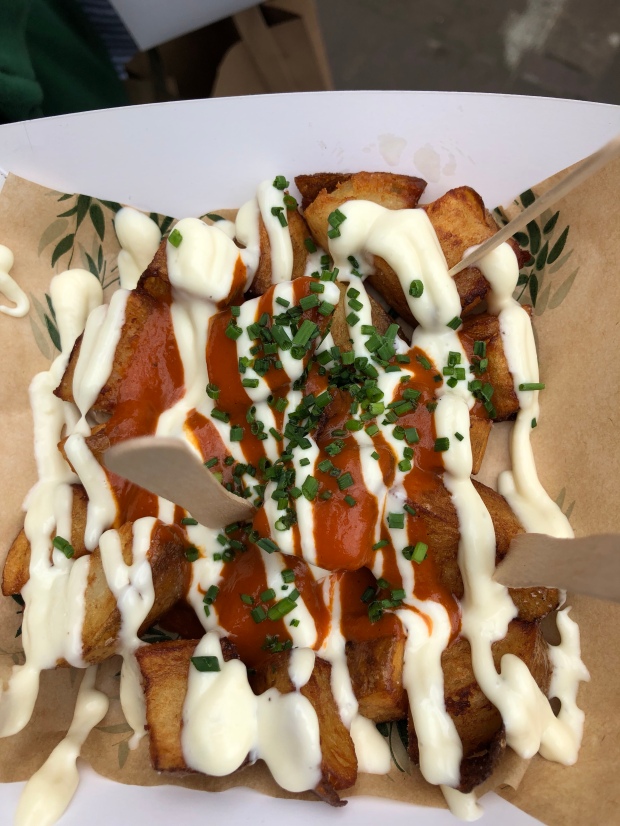 I have mad love for the burgers from these gents. The one I had with chorizo was as good as burgers get. 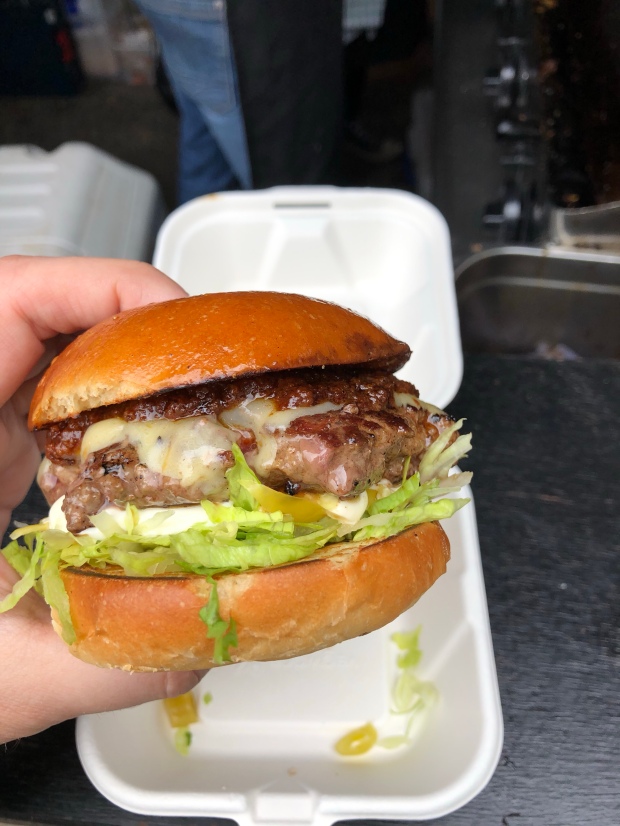 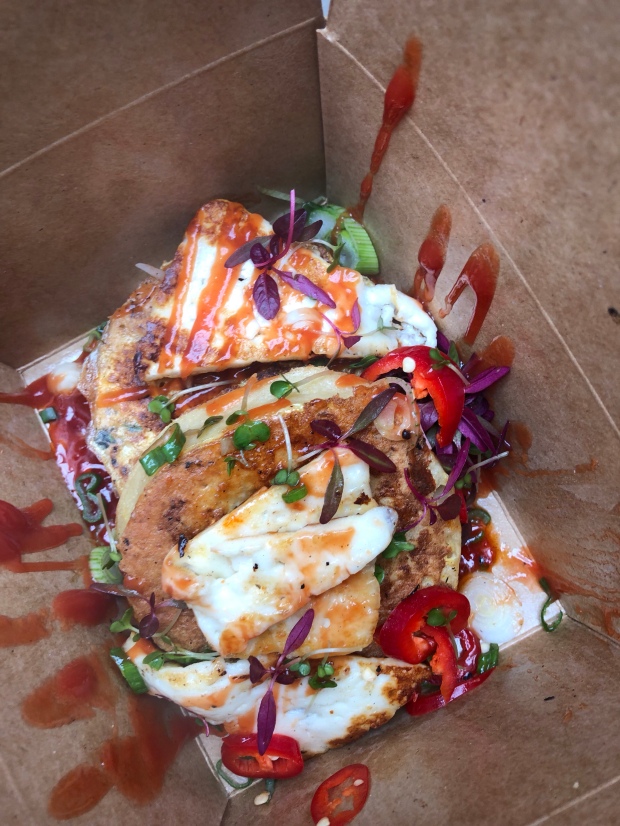 There were also custard tarts from Salcooks, plenty of gin at Jekyl and Hyde, and cakes from Bake. There were dogs, more dogs, live music, the best in local businesses, and more dogs. I think that someone complimented me on my coat, but I was pissed by then so they could have been calling me something far less polite. Most of all it was full of Brummies celebrating the best of Brum; sticking two fingers up to anyone who says otherwise. I had the best weekend there. I can’t wait for the next one.

In keeping with the Best of Brum, A2B got us there and back.

I remember the first time I went to Digbeth Dining Club. It was a dreary day, cold and overcast, when summer promised much and delivered very little. We sat on the few benches outside, shivering and exposed to the elements, supping on beer and wondering what the hype was about. I remember very little about the food, other than a Cambodian pork dish from Canoodle that was ordered at the counter and hand delivered to our bench by the chap who made it. That was great; vibrant, clean, and a reason in itself to return on a more cheery evening. If someone would have told me on that evening that Digbeth Dining Club would go on to shape the casual restaurant scene in Birmingham over the next five years I would have spat my pint out of that massive gob of mine.

And yet, it has. Without DDC (herewith known as) we would have no The Meat Shack, no Original Patty Men, and no Indian Streatery to visit. Imagine that. No, actually don’t, it will give you nightmares. And we wouldn’t as a city be able to lay claim to the Britain’s ‘best of the best’, it’s best burger, and now, more recently, Europe’s best. I’ve gone a lot recently because now feels as good a time as ever to tell you about a few of my favourite traders. In the effort of a full disclaimer, I should point out that I personally know both of the founders. James has got me a beer in the past and Jack hasn’t. Neither will give me a DDC Gold Card and both would never dream of giving me, El Blaggo, anything for free. Take this at face value all you want, but all of the dishes have come out of my own pocket.

Hot off the European victory, Baked in Brick seems a good place to start. In the last fourteen months Mr Brick has pretty much cleaned up; British Street Food Awards Best Main Dish 2016, with Best of the Best the same year. This year he came second overall in the same awards, getting him to Berlin where he won the big one. I’ve written about Baked in Brick at length before, but it’s safe to say that his food is about as good as street food gets, whether that be his chicken tikka wrap or beef shin calzone. If you happen to be there when the red mini is, eat the food – it will not disappoint. 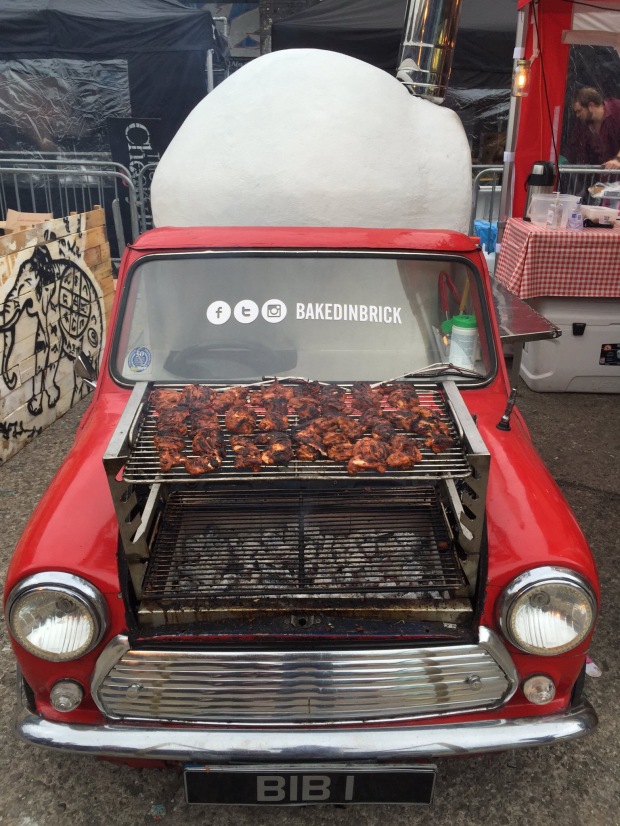 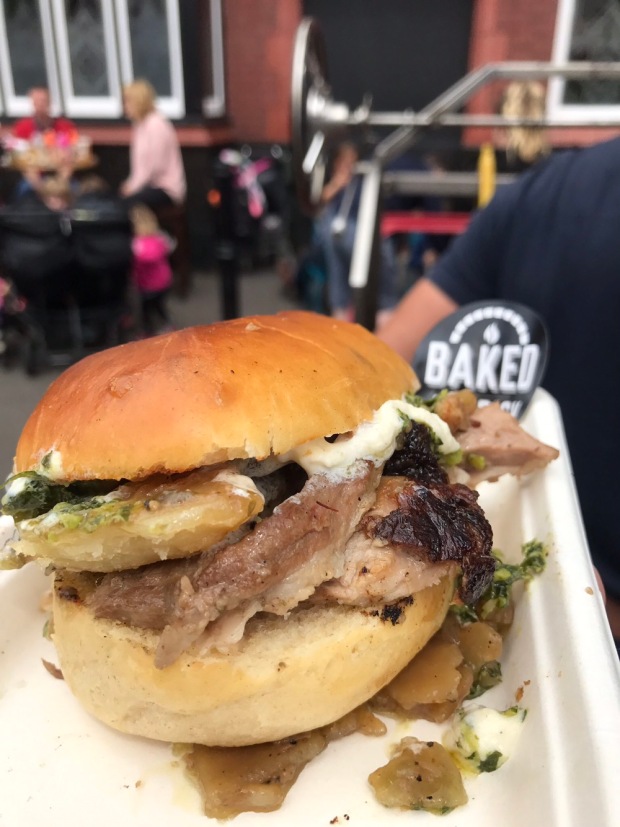 This year’s other victor is Flying Cows, winner of Best Burger at the UK street food finals. The burger here is a virtue to farming; the Dexter beef coming direct from his father’s farm. It’s loosely packed and ferociously seared so that the aged cow is the star, whichever burger is ordered. In a city that has made demigods out of burger traders who started off at DDC, Flying Cows is destined to be the next patty shaped success story. 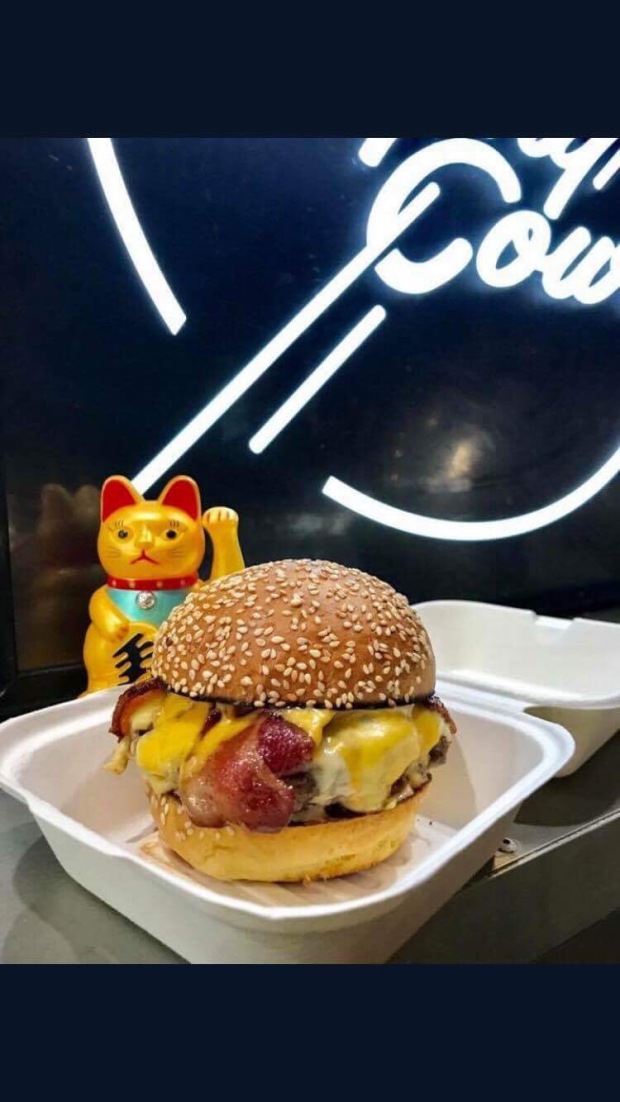 I have mad love for Bourneville Waffle Company in a way that could invoke a restraining order. The warm waffles could be topped with brownie pieces, or addictive bits of fudge made with biscuit paste. It all works. Newer to me is Street Chef, who makes chips out of halloumi. I am fan of anyone that can combine chips and cheese without resorting to poutine. What really makes him stand out is the mushroom ketchup it is served with that brims with heat and attitude. I would like a bottle, please. 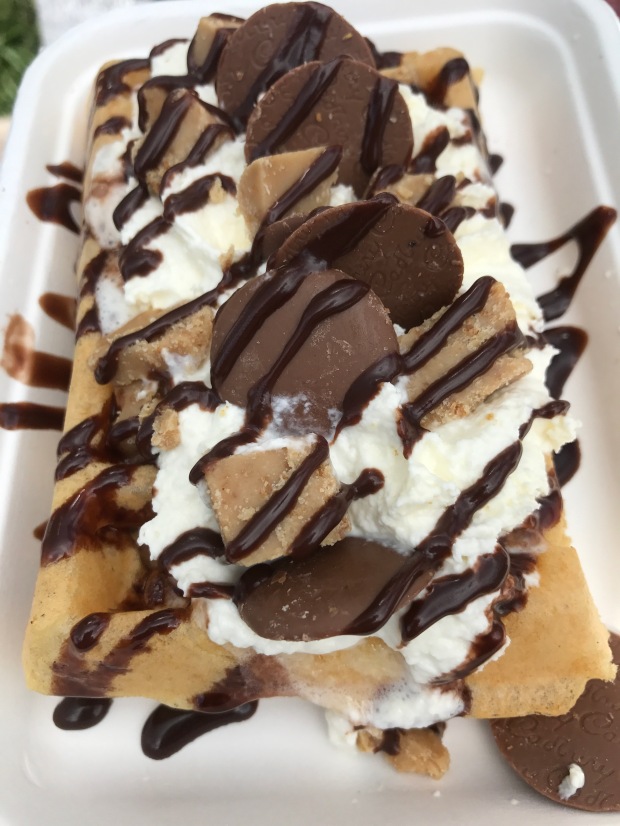 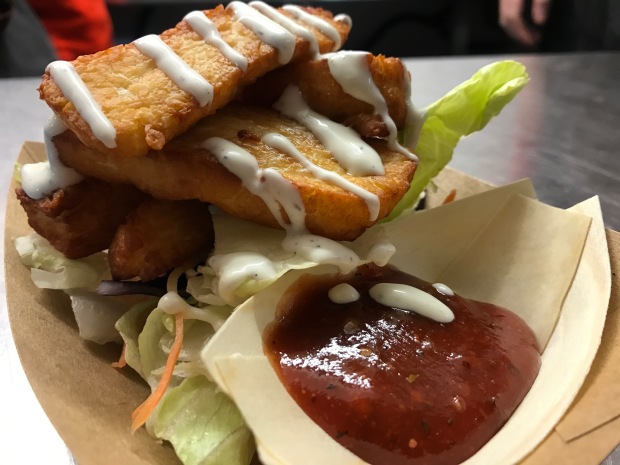 The folk of Birmingham would lynch me if I never mentioned Low’n’Slow, so here we are. Andy is a true maestro of flames and frankly shits all over any of the city’s permanent fixtures that serve smoked meat. His chilli brisket burger is a good place to start, which has layer-upon-layer of flavour sandwiched between buns. More recently I had a plate of pork off him that I took to Twitter to say was world class. World. Class. Working muscles end up as tangles of sweet meat and more expensive cuts fired to an accurate medium rare. Low’n’Slow is revered across the city for a singular reason; the man can really cook. 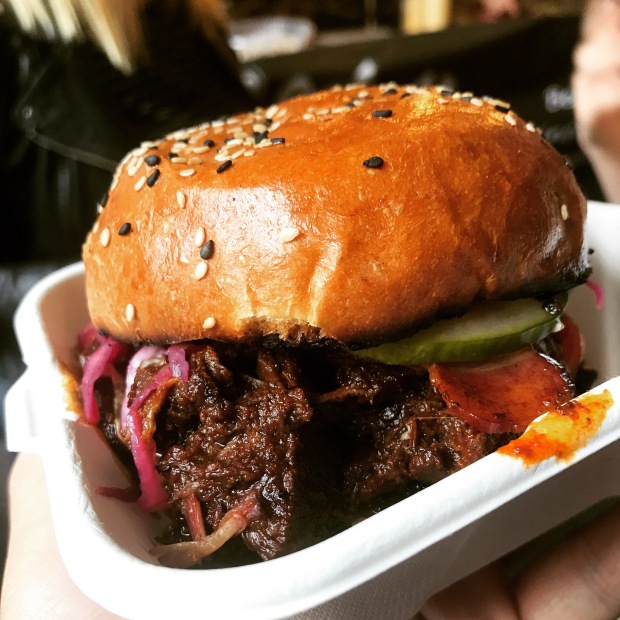 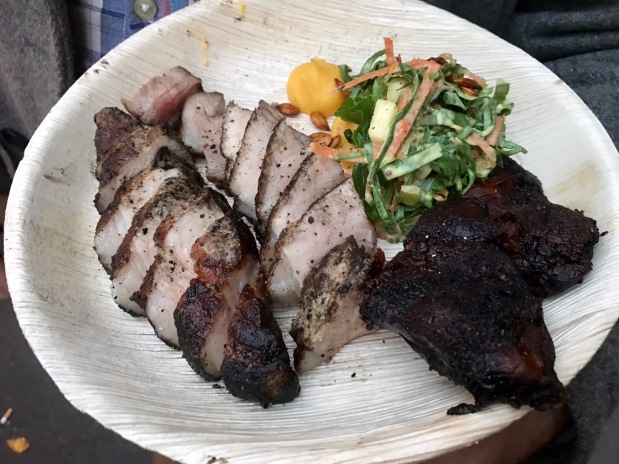 Buddha Belly has a former Masterchef contestant at the helm, firing off the kind of authentic food that gives Siamais nightmares about them opening a restaurant of their own. Have the yellow curry with chicken. Eat the yellow curry with chicken. Order another and Thank me afterwards. And Canoodle is still going strong, all those years after that pork dish stole my attention. We recently had Korean fried chicken and, more impressively, their signature beef rendang that melted to a sweet nothing. 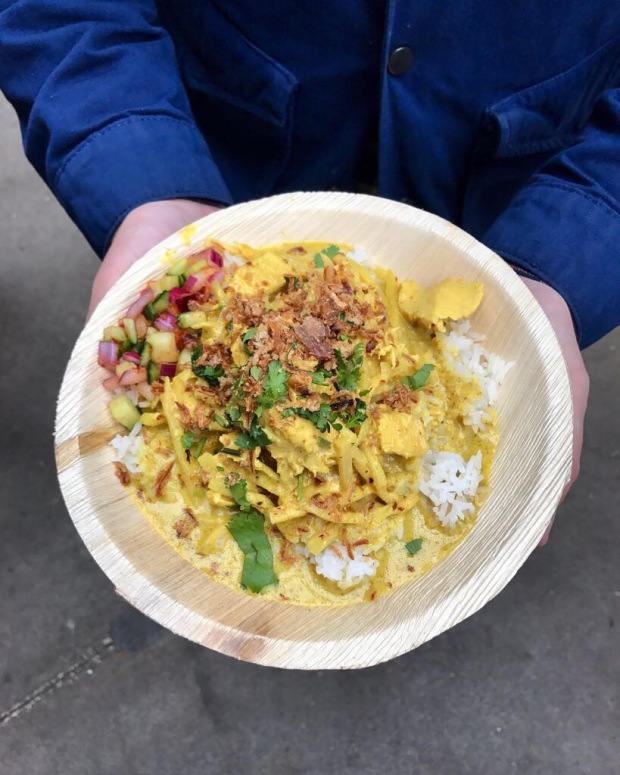 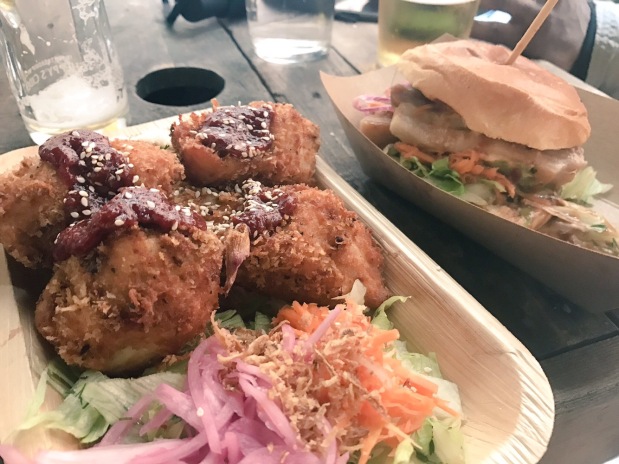 There are others, some I’ve tried and some I haven’t yet. You see I went to the last DDC with the intention of having a Libertine Burger and ended up with tacos from Low’n’Slow. This happens all the time. I’m not so much a creature of habit, but a creature that hates disappointment. If I know it’s good I’ll return time again. I’ll get to Libertine eventually.

The point is that DDC feels more important than ever. They are attracting the very best week on week, providing the foundations for these vendors to expand or look to permanent fixtures of their own. It’s inevitable that the next crop of success stories will come from some of the above, and all deserve it. To the DDC class of 2017 keep up the good work. I salute everyone of you.