Not so long ago I was asked for the best Italian restaurant in Birmingham. “There isn’t one”, I said. “Pick another cuisine or go to London”. Whilst harsh, I stand by what I said. Our best Italian restaurants are universally average and I would argue that the food coming out of my kitchen is a damm sight better than the majority of theirs. Give me notice and I’ll braise down some ox cheeks and use the liquor to transform them into a ragu of rich meat. Expect this with homemade tagliatelle and a dusting of aged parmasen. Good Italian cooking isn’t difficult – I can do it, for Christs sake – we’ve just anglicised it to the point of pure laziness.

I have places that I go to for fresh pasta, places that I’m not going to publicise because the queues are large enough already. And then I see a tweet from Nigella Lawson of a potato ravioli with gravy, an oozing egg yolk and white truffle. Take me there and invite Lawson to bring the party whilst you’re at it. As soon we get off the train it’s straight over to Pastaio where a fifteen minute wait has us seated in the week old restaurant.

We try four dishes which is enough to make me want to come back, but possibly not in a mad rush anytime soon. The biggest dissapointment is first; a toastie of sorts with mozzarella, honey, and n’duja. I note the n’duja last because this is barely present – the tiniest of blobs that sits off centre. I’d imagine in it’s full glory this is a dish to savour, just not today.

Pasta is why we are here and that is obviously where their heart lies. With no ravioli and gravy party we plump for wild mushroom tagliatelle. The pasta is silky smooth, the mushrooms delicately cooked with garlic. It’s a joy. Diminutive shells of malloredus pocket a ragu of sausage meat. It’s a grower of a dish, one that I end up clearing despite not enjoying the chewy croutons that work the jaw.

The day belongs to cacio and pepe and bucatini – a 2017 pasta dish if there ever were one. The thick pasta coated in a sauce of parmesan, butter and toasted peppercorns. It’s decadent and brilliantly judged, the ultimate in comfort food. 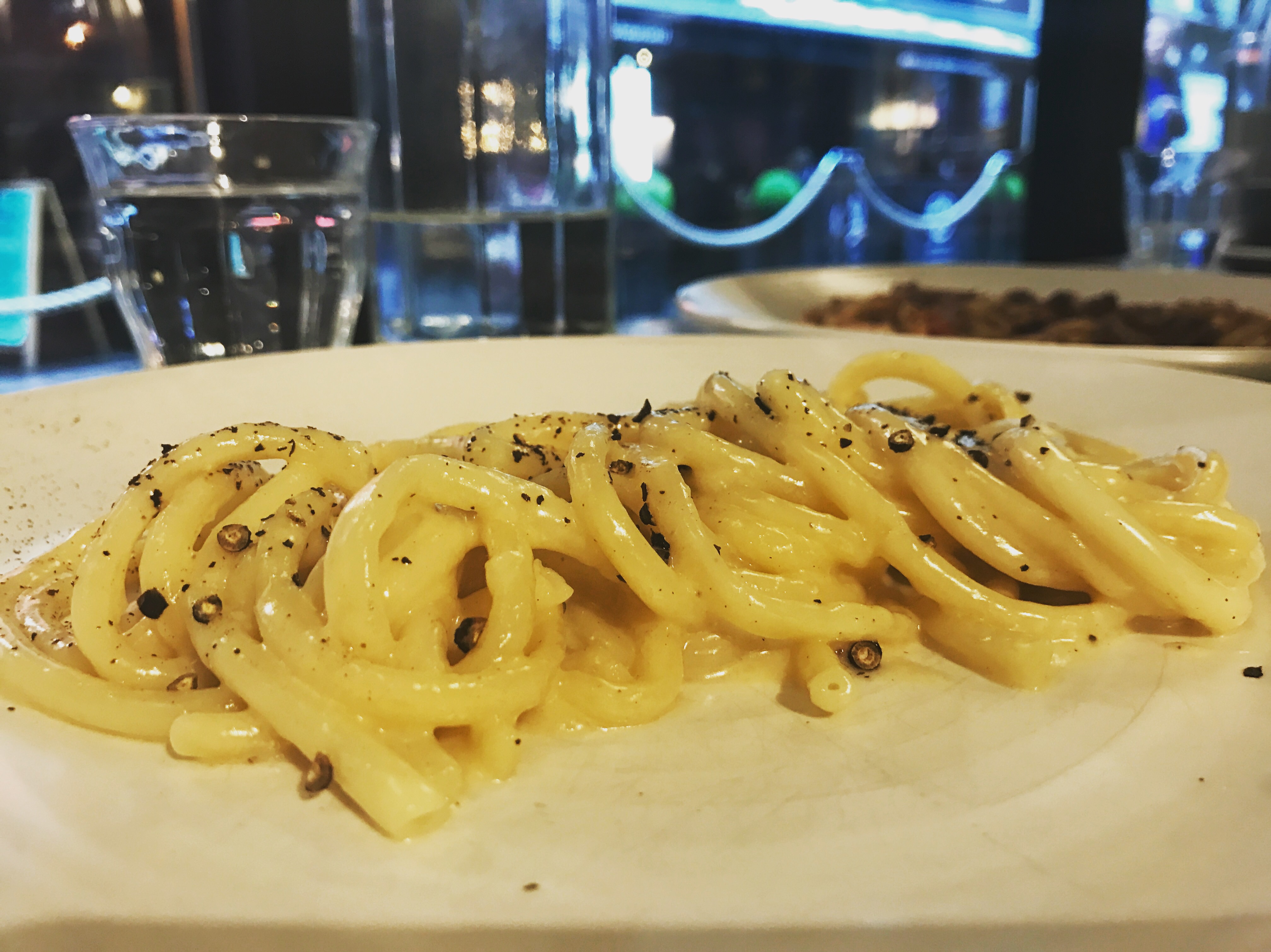 With dinner booked for two hours later, we opt against dessert, despite developing envy from the neighbouring tables tiramisu. Cheese toastie aside, we had an enjoyable lunch at Pastaio, even if it’s not the earth shattering moment of pasta perfection we longed for. It’s destined to be a success, with long queues in Soho a certainty once word gets around. Me, I’ll be patiently waiting for the potato ravioli and gravy before I consider joining the back of it.