It turns out that Rishi Sunak, the former hedge fund manager who personally profited from the collapse of RBS to the tune of many millions, is an actual angel. A tiny, 5’7″ angel, sent from the heavens to sit atop of my Christmas tree. First the furlough scheme which has allowed me to complete Netflix over the last four months, and now the salaciously named Eat Out to Help Out incentive. I went out several times this week to get Rishi’d, fully embracing the 50% off food (and soft drinks) to the maximum tune of a tenner. And here, my gift to you, a super quick post about what I ate. I won’t give prices because you’re all adults and frankly I can’t be arsed to look on the internet. In your face, RBS.

What’s that Rishi? No discount on vino? Damn you and your insistence on taking all that sweet sweet alcohol tax. We had a cheese board, couple of meats, and some mighty fine hummus. It was all in stellar condition, hand picked from the best possible suppliers. I’ve missed Arch 13 a lot. It’s a bloody great bar.

People are shits. Absolutely horrid shits. Zen got stung the weekend before with 25% of bookings not showing. Horrid shits. The power of the internet meant that one tweet later Zen had twenty or so jaded readers of a food blog in for dinner. Claire had a very serviceable salmon dish, whilst I went for the Zen Inferno, a mild curry in no way steeped in Birdseye chillis. I finished it with sweat pouring off my brow, holding in the internal burning by not coughing. My arse still hasn’t recovered. Service by Jaimon was as sharp and personable as ever.

Behold the greatest bar snack in the world! Smoked potato, crushed and then crisped up in fat, doused in beer cheese sauce. Whatever beer cheese is I want it my belly. All the beer cheese time. Add the best scotch egg in Brum, a killer sausage roll, burgers of beef and of chicken (have the latter), and you have an extremely enjoyable lunch. Praise be to Rishi, my little gnome friend. 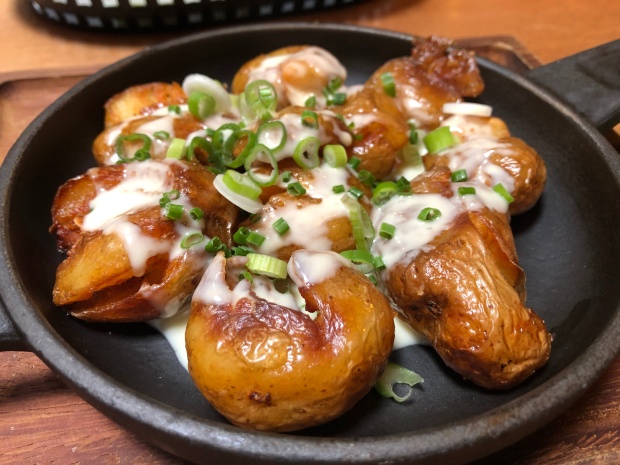 Is there a better way to spend a Wednesday evening than at Little Blackwood? How about bao and ramen at Little Blackwood. Twenty quid (well a tenner because of Rishibabes) gets two of the former and one of the latter. We eat them all; the salmon bao and the duck bao wolfed down in record time. The spicy laksa with just-cooked prawns bobbing on the surface and the ramen with its chewy noodles and a broth with a dashi base and the texture of long simmered bones. Do it. 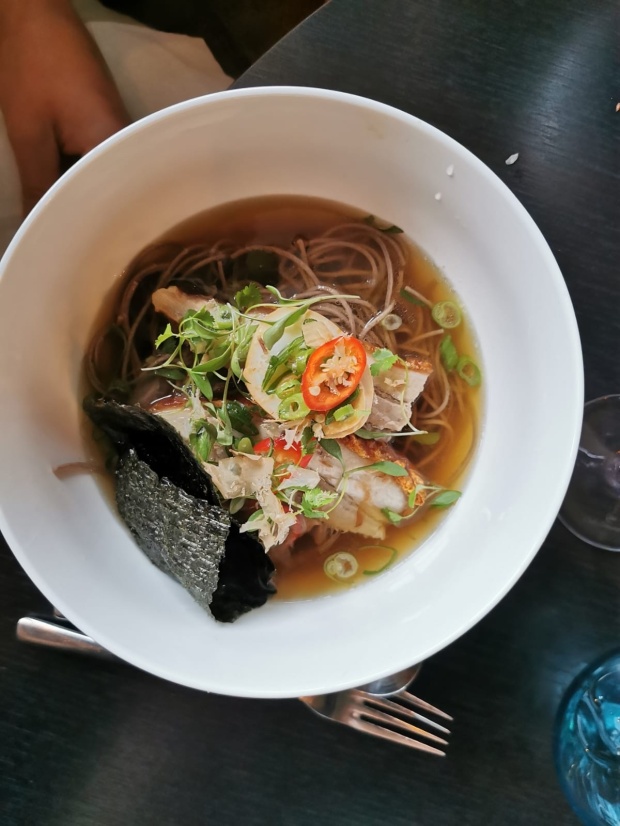 Not technically on the scheme yet, but we went on Thursday when pizza is two-for-one all day, thus effectively adding one more day to destroyer of banks Rishi Sunak’s scheme. Lee has been working on his dough all lockdown and it shows. This was the best pizza I’ve eaten at Baked in Brick. I’m reliably told that you should keep your eyes peeled for a special pop-up in the next week or two. See, you come here for dreadful writing and I give you an exclusive. Ain’t that grand.

I can’t be certain, but I’m pretty sure I heard Rishi say everyone should use A2B